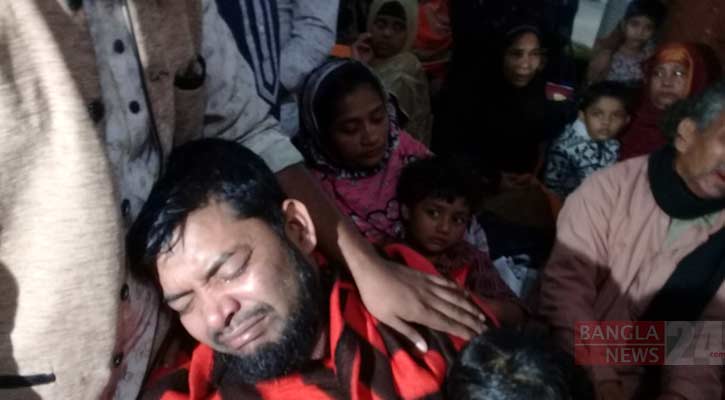 The death toll from Keraniganj plastic factory fire rose to 13 after two more victims died from their injuries at the burn unit of Sheikh Hasina National Institute of Burn And Plastic Surgery (SHNIBPS) in the capital on Thursday.

According to the SHNIBPS officials, factory workers Mehedi Hasan and Abdur Razzak died in the afternoon while undergoing treatment.

They were among the nine severe burn sufferers admitted in SHNIBPS on Wednesday.

Those who succumbed today are the factory’s Senior Engineer Salauddin, 32, son of Abdus Salam Miah from Tangail and workers Mahbubul Haque, 25, son of Gulzar from Pirgacha in Rangpur; Zinarul Silam, 32, son of Matlab Mollah from Shalikha of Magura; Md Imran, 18, son of Md Ansar Hawlader from Kolapara of Patuakhali; Rayhan, 16, son of Yusuf Biswas from Narail Sadar; Abdul Khalek, 35, son of Ibrahim Khalifa from Bakerganj of Barishal; Babul, 26, son of Tofazzal Hossain from Belabo of Narsingdi;; Alom, 35, son of Abdur Rashid from Sirajdikhan of Munshiganj, Sujan, 19, son of Khalil Hossain and Jahangir, 55, son of Nurul Islam of Keraniganj.

An 11-member medical board was formed early morning today at DMCH for proper medication of the injured.

Earlier, the fire broke out at a plastic factory at Hijaltola in Dakkhin Keraniganj on Wednesday afternoon.

“The fire was brought under control around 5.45 pm on Wednesday by 12 units of fire-fighters,” said Ershad Hossain, duty officer of Fire Service and Civil Defence headquarters. The fire originated from a factory due to explosion of a gas cylinder, leaving one person dead and at least 33 others injured, he said.

24 injured were sent to the burn unit of Dhaka Medical College and Hospital (DMCH) and the rest were sent to Sheikh Hasina National Institute of Burn And Plastic Surgery (SHNIBPS) in the capital.