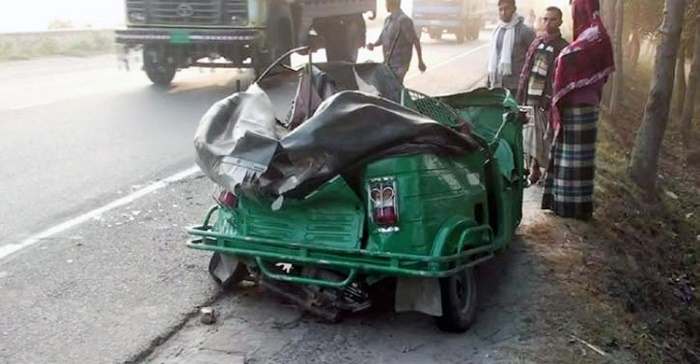 A worker was killed and three others injured in a head-on collision between a tractor and a CNG-run auto-rickshaw on Habiganj- Shayestaganj road at Sudiakhala area of Shayestaganj upazila of Habiganj on Thursday morning.

The deceased was identified as Liton Mia, 18, son of Kuti Mia, hailing from Kachisail village at Ubahata union of Chunarughat upazila.

Two of the injured are identified as Jewel and Jashim, of the area.

According to local sources, the tractor collided with the Habiganj-bound auto-rickshaw, coming from opposite direction carrying them, leaving four passengers of the auto-rickshaw injured.

Jewel and Jasim were sent to Sylhet Osmani Medical College and Hospital for better treatment.