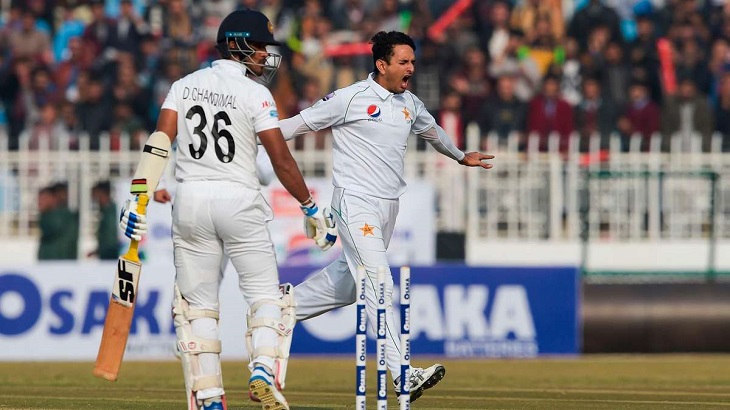 Rain stopped play on the second day of the first Test between Pakistan and Sri Lanka on Thursday, Pakistan's first home Test in a decade after a deadly attack in 2009.

Resuming at 202-5, Sri Lanka had reached 222-5 in 7.5 overs before the umpires stopped play as rain started to pour heavily at the Rawalpindi stadium.

Dhananjaya de Silva was unbeaten on 54 for his sixth half-century, while Niroshan Dickwella was 15 not out.

The brief period of play was not without incident as 16-year-old pacer Naseem Shah had de Silva caught behind by wicketkeeper Mohammad Rizwan, but the third umpire Richard Illingworth ruled the ball had bounced.

Next ball, de Silva took two runs off Naseem -- the pick of Pakistan's bowlers, with 2-65 -- to complete his half-century.

The Test is the first in Pakistan since a militant attack on the Sri Lankan team bus killed eight people in March 2009, suspending international cricket in the country as foreign teams refused to visit over security fears.