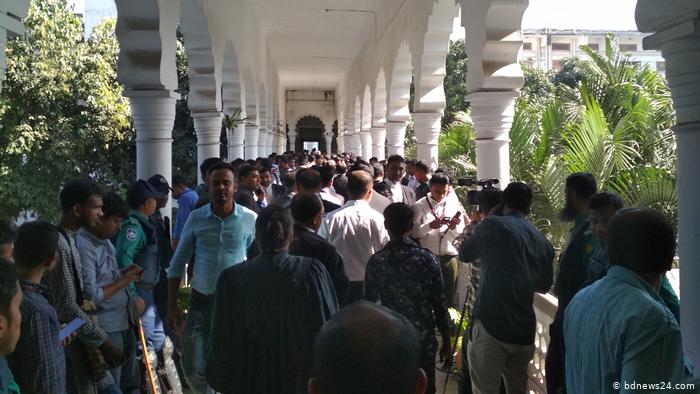 The hearing at the six-member bench of the Appellate Division led by Chief Justice Syed Mahmud Hossain began at 10: 20am on Thursday.

Earlier, Registrar General Ali Akbar of BSMMU submitted the report to the court at 10:10 am.

Meanwhile, the pro-BNP lawyers created chaos and shouted at the entrance of the courtroom as police and administration did not allow all of them at the courtroom.

The authorities are allowing only 30 lawyers enlisted in the Appellate Division from each side into the courtroom.

Police presence has been increased at the entrance to the apex court with law enforcers checking the identity cards of everyone entering the court premises.

An archway has been set up outside the Appellate Division room where a large number of security personnel have taken position.