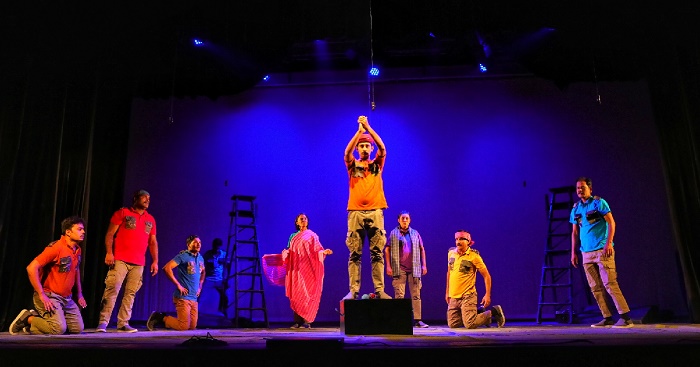 Theatre has always been a major component in Bangladeshi cultural sphere- and in the last couple of months heading the festive season of winter, a couple of festivities had been held in capital, showered with jovial love by the theatre enthusiasts from both home and abroad.

Looking back to the festivals organized in the later months of 2019, some of the theatre fetes were arranged as international festivals featuring popular drama troupes from different parts of the world- while some of the fetes had been dedicated to showcase Bengali plays, exclusively.

The ministry of cultural affairs has been tremendously supportive in arranging these festival initiatives. KM Khalid, state minister of cultural affairs has praised these initiatives and offered supports for continuing the events. “Bangladesh earned massive appraisal from national and international level for organizing such extravagant theatre fetes, and the ministry is extremely proud of the organizers. We have always offered our supports and resources to the organizers of these festivals, and we are committed to offer more in future.”

Speaking of the organizers, country’s renowned drama groups had been playing major roles in organizing these festivals such as popular troupe Prangonemor, who arranged ‘Dui Banglar Natyamela 2019’ from 6 to 13 December, commemorating the month of victory.

The nine-day festival showcased total nine plays by nine theatre teams- three from India’s Kolkata, one from Delhi and five from Bangladesh. The fest was organized in association with the Ministry of Cultural Affairs and Indian High Commission.

In September, a total of 10,000 children from 95 drama troupes and 64 districts exhibited 85 performances in the 14th National Children’s Drama and Cultural Festival which is considered as Bangladesh’s biggest drama and cultural fiesta, exclusively dedicated to children. This festival was organized at BSA from 20-28 September.

Although the theatre blooming in Dhaka started right after the liberation in Bangladesh Mahila Samity as the primal venue, recently the scenario has changed. Analyzing all these above mentioned vivid theatre festivals, the most common venue in recent years had been Bangladesh Shilpakala Academy, which offers tremendous amenities for stage performances.

“BSA has always been a great place to organize cultural events, and this year we have seen so many successful theatre festivals in this venue including our Notuner Utsab 2019. We do not have any plans to shift anywhere else for our upcoming festivals” - Nagarik Natya Sampradaya’s Pantha Shahriar, a renowned theatre director told UNB about preferring the Academy as the festival venue.

Some other venues are also getting ready to thrive this series of festivals, including the newly located spacious venue of Liberation War Museum in Agargaon. BotTala Ronggomela 2019 director Mohammad Ali Haider expressed his opinion on the new venue to UNB, saying “This venue is still new and fresh but surprisingly good for staging plays and holding this types of festivals- also, it can be a great venue for theatre enthusiasts and admirers living in greater Mohammadpur, Mirpur and Dhanmondi area.”

Regardless of places and venues, theatre lovers did not show any hesitation to shower these festivities with enormous support- both financially and emotionally. Each of these festivals observed audiences waiting in lines for tickets- and this can certainly be considered as the best possible scenario for Bangladeshi theatre and all the cast and crew members.