UK general election: What could happen? 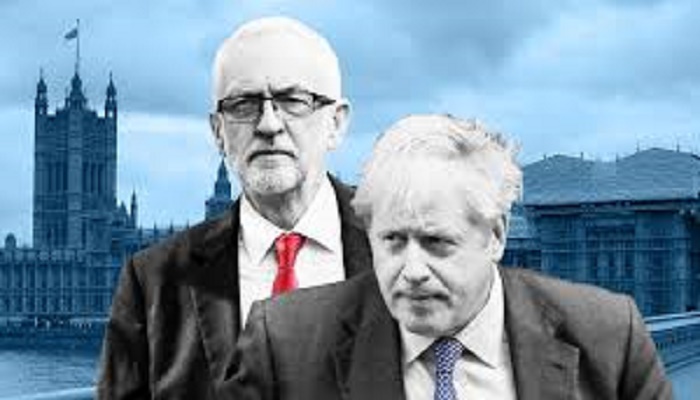 Here is an outline of the possible outcomes:

A Johnson victory, regaining the Conservative majority lost in 2017, is the most likely result according to bookmakers and pollsters.

But what seemed like a comfortable lead a few days ago now looks more precarious following the release of a major new survey on Tuesday.

The YouGov poll indicated the expected Conservative majority would be slashed from 68 seats to 28 since the last survey at the end of November, with a hung parliament now within the margin of error.

With 650 seats in parliament's lower House of Commons, the poll takes 326 as the magic number, predicting the Tories will win 339 seats.

But with Irish Republican party Sinn Fein having a policy of not sending MPs to the British parliament, and with the speakers not normally involved in parliamentary votes, a working majority can be obtained with fewer seats.

In 2017, the Conservatives won 317 seats and went on to govern after striking a deal with Northern Ireland's 10 Democratic Unionist Party MPs.

Any kind of majority should allow Johnson to get through his Brexit deal agreed with Brussels, putting Britain on course to leave the European Union by January 31.

Labour leader Jeremy Corbyn could upset the odds and secure a majority for his left-wing agenda, which includes the re-nationalisation of key sectors, including the railways and energy, and a massive public spending spree.

Britain would also vote again on whether to leave the EU with the options being a "softer" Brexit deal negotiated by his party or remaining in the union.

A Labour victory would represent a major breakthrough on the global stage for the far-left movement backed by younger voters.

If no party achieves a working majority, then Britain would have another hung parliament, as in 2010 and 2017.

The Conservatives are still expected to win the most seats and, as incumbent, Johnson would remain prime minister and get first crack at striking a deal with opposition parties, either to join a formal coalition or for them to agree to back him on crucial votes in an informal pact.

But he has few friends outside his own party and is unlikely to win the support of the DUP this time round as they are unhappy with his Brexit deal.

Johnson could then quit or try to go it alone in a minority government, which would require him to win key votes when parliament returns.

He would be obliged to resign if his attempts failed.

Corbyn would then try to form a government, with the Scottish National Party (SNP) indicating they would back him if he agreed to a second Scottish independence referendum.

The Liberal Democrats could also be tempted by Labour's commitment to a second Brexit referendum, but have so far "absolutely categorically" ruled out backing Corbyn, citing his radical economic agenda and anti-Semitism within his party.

Without them, Corbyn would probably fall short of forming a government or securing the backing needed to sustain a minority government.

Another election would be the only way to break the deadlock.