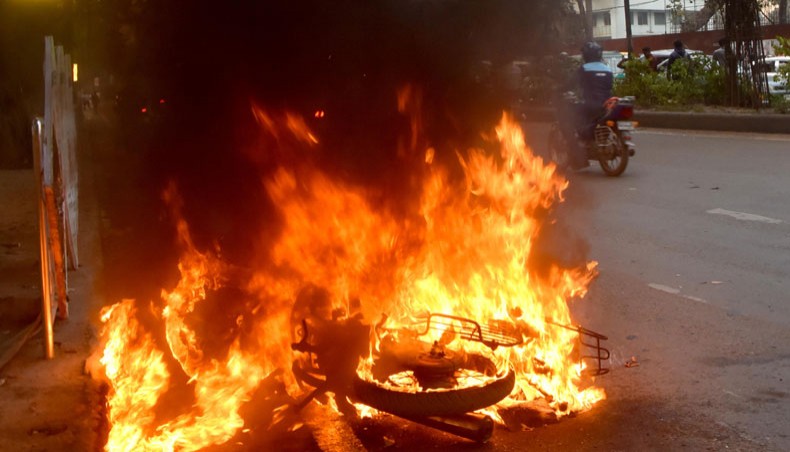 Two cases have been filed against 135 people including BNP secretary general Mirza Fakhrul Islam Alamgir with Shahbagh Police Station over their alleged involvement with Wednesday’s arson attack on three motorcycles in High Court area in the capital.

Police field the case with the police station on Wednesday night.

Earlier on Wednesday afternoon, unidentified miscreants set ablaze three motorcycles in the Supreme Court area amid tight security ahead of the hearings of BNP chief Khaleda Zia’s appeal for bail.

The law enforcers heightened security in the Supreme Court area ahead of the hearing after a group of her supporters clashed with police on Nov 26 in the same area demanding her release.

Lawyers for the BNP chief created a chaos in the courtroom on Dec 5 when the judges deferred the hearing.