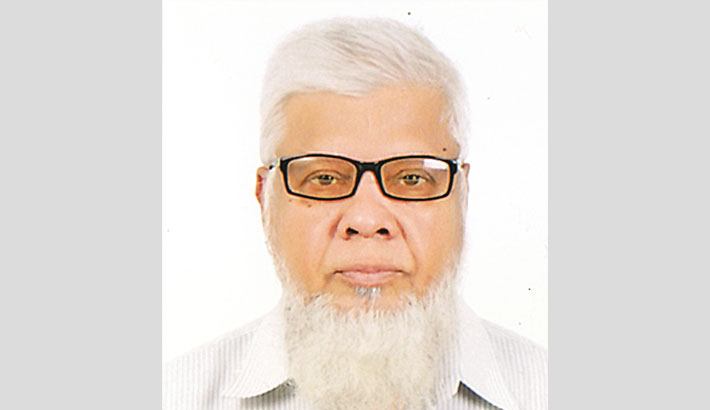 Simply stated, interest rate is the cost of capital for borrower or remuneration for depositor who defer current consumption. Financial institutions work here as a link between the surplus and deficit unit in an economy. The difference between the lending and the deposit rate is called margin; often fixed by the Central bank. The implied margin depends on several variables. One of the important variables is the inflation expectation. Inflation expectation is ex-anti determinant and the current inflation rate and the movement of major macro variables is a guide in this expectation. When inflation in an economy is in the neighbourhood of 6 percent, there is very little scope to keep the rate of interest in the domain of single interest rate unless the lending agencies rationalize the cost of various services at a reasonable level.

A country with inflation in the range of 2-3 percent such as United States and many OECD countries also prefer interest rate to keep low to garner growth in a competitive environment. Reserve Bank of India [RBI] during the second term of Narenda Modi cut interest rate several times in the last seven months in a row to jumpstart the stalled economy and to tackle unprecedented unemployment of 8.5 percent highest since1970s. The bench mark repo rate at 5.15 percent, a nine year low is an indication that deposit rate should be less than repo rate. Lately, despite many bright spots in the performance of major economies of the world, the countries are still sticking to the low interest rate. There are many positive benefits in keeping the interest rate low. Lower interest rates encourage investment that spurs growth, reduce unemployment and enhance consumer confidence.

There were series of announcements in the past by the monetary authority in Bangladesh to bring interest rate to single digit by reducing the interest rate on deposit. Unfortunately, it did not work despite certain concessions to the financial institutions in the form of reducing required reserve ratios that could enable bank to advance more loans with liquidity enhancement. Now, there is an encouraging step by the Bangladesh Bank to ascertain the feasibility of single-digit lending rate with reference to the previous non-performing loans [NPL] and to ascertain whether single-digit lending rate is workable for the leading manufacturing sectors in the economy. This impact assessment may suggest an acceptable policy and pragmatic strategies to achieve single–digit rate without impairing the profitability of the financial institutions.

One way to carry on the task is to calculate the correlation coefficient between the NPL and the lending interest rate in a macro way. The other is to explore the calculation in different micro ways such as for individual banks and for sector-wise calculations. Positive and significant correlation coefficients assert that indeed lower interest rate can reduce to some extent NPL. On the other hand, negative correlation coefficient represents a turnaround that a lower lending rate may increase the amount of NPL and a higher lending rate may account for low level of NPL. Thus, the negative correlation coefficient invites more queries and questions. One important puzzling question is on the soundness on the feasibility of the projects financed by the financial institutions; whether the standard criteria in selection of the projects were considered or the projects were financed on the altar of political leverage and patronization. Sensitivity analyses are crucial in any project selection exercise. It traces the implied risk factors when standard assumptions such as the variation of exchange rate or market environment distortion is considered along with many other crucial variables to recheck the feasibility criteria. When a project is financed through appropriate sensitivity analysis; the sustainability of the projects is ensured and ownership is firmly established.

The implementation of single-digit lending rate requires scrutiny on many counts – the factors that determine the deposit rate, the legal and acceptable spread and the operating and administrative expenditure. Even with the given level of spread in the neighboured of 3 percent, it may be difficult to maintain single digit lending rate with inflation very close to 6 percent. Another stumbling block is the government borrowing from the banking sector and in the face of dwindling sale of savings instruments due to 10 percent cut from the earned interest; the single-interest rate target might face indomitable challenge.

Asian Development Bank in a recent report listed Bangladesh, India and Pakistan as the top three countries with higher percentage of NPL at 11.9 percent, 11.2 percent and 8.8 percent respectively. The leverages given to the defaulters in interest exemption and rescheduling loan are spoiling the sound environment. Moreover, the drive in loan recovery is impeded through the budgetary support in each year. Thailand, the country which was devastated during the Asian Financial Crisis is a classic example to follow for many countries to reduce NPL. The performance of Thai Asset Management Corporation and Corporate Debt Restructuring Committee in reducing NPL to mere 3 percent is praiseworthy. Corporate governance is essential in restoring the health of the banking sector in Bangladesh which is still vibrant.

The writer is a Professor of Economics, United international University.