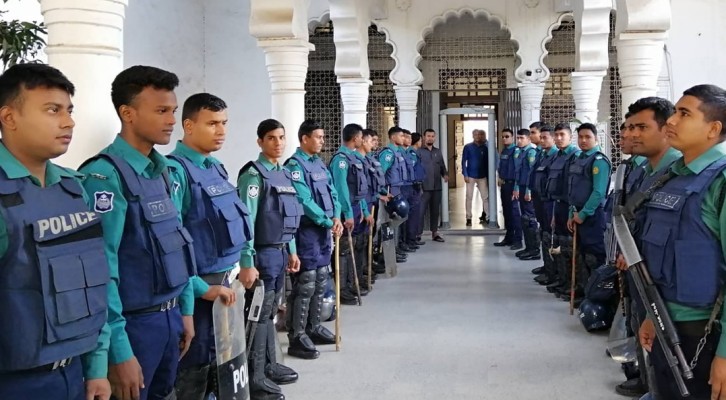 The government beefed up security in and around the Supreme Court area this morning ahead of the hearing of an appeal filed by former prime minister and BNP chairperson Khaleda Zia seeking bail in the Zia Charitable Trust Case.

Members of law enforcement agencies were seen taking position in the court area since morning. They allowed people to enter the court premises after thorough check.

Earlier on December 5, a group of pro-BNP lawyers created unprecedented chaos at the Supreme Court during the hearing of party chief Khaleda Zia’s bail appeal in the corruption case, forcing the chief justice and  five other judges to leave the courtroom.

On November 14, Khaleda filed the appeal with the SC, challenging the High Court order that rejected her bail petition in the Zia Charitable Trust corruption case.

On October 29 last year, Dhaka Special Judge’s Court-5 convicted Khaleda in the case and sentenced her to seven years’ imprisonment in her absence. The Anti-Corruption Commission had filed the case with Tejgaon Police Station on August 8, 2011.

The HC on October 30 enhanced her jail term to 10 years in the case, dismissing her appeal.