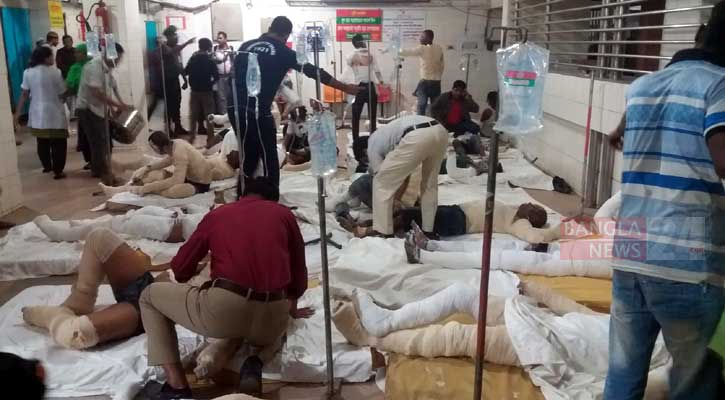 Death toll from the devastating fire at Prime Patent Plastic Limited reached eleven with the demise of ten injured at Dhaka Medical College Hospital (DMCH) on Thursday morning, a day after the fire gutted the factory at Hijoltola of Keraniganj on the outskirts of the capital Wednesday afternoon.

Bachchu Mia, inspector of DMCH police outpost, said eight people died at the burn unit of the hospital between Wednesday night and 9am Thursday.

The bodies were kept at the hospital morgue.

A deadly fire, sparked by a gas cylinder explosion at a factory in Hijaltola, killed a worker and injured 32 others. Firefighters recovered the charred body of Jakir Hossain, 25, from the factory.

The injured were taken to the burn unit of DMCH.