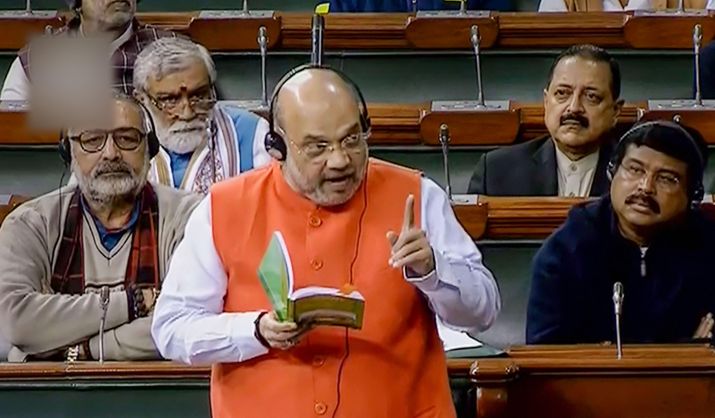 The Rajya Sabha of India  on Wednesday passed the Citizenship Amendment Bill 2019 with 125 members voting for it and 105 voting against it.

The bill seeks to fast-track citizenship to persecuted minorities coming to India from three neighbouring countries - Pakistan, Bangladesh and Afghanistan. The BJP-led central government pushed for the bill arguing that it is India’s duty to give these minorities a dignified life.

The Lok Sabha had already passed the bill.

Congress chief Sonia Gandhi said the passage of the bill marks the victory of narrow-minded and bigoted forces .

“Today marks a dark day in the constitutional history of India. The passage of the Citizenship Amendment Bill marks the victory of narrow-minded and bigoted forces over India’s pluralism. The Bill fundamentally challenges the idea of India that our forefathers fought for and, in its place, creates a disturbed, distorted and divided India where religion will become a determinant of nationhood,” she said in a statement.

Earlier in the day, Union Home Minister Amit Shah took on the Opposition in the Rajya Sabha for questioning the basis of Citizenship (Amendment) Bill, 2019, saying it has corrected a historic blunder.

“I said earlier in the day that Partition was done on the religious lines. The Opposition criticised this statement, so I would like to quote from the April 8, 1950 Nehru-Liaquat agreement (known as Delhi declaration), which said the religious minorities will be given equal rights in both the countries (India and Pakistan) to be part of the government and practice their own religions. These are the claims made by the Prime Ministers of both the countries to their respective religious minorities,” Shah said while replying to the debate on citizenship bill.

So, Partition was done on the religious line - it was a blunder which led us to formulate this bill, he further said.

“I know the law of Pakistan: There are many restrictions. India followed its principles - we have seen people from minority communities at high positions like Chief Justice of India, Chief Election Commissioner etc. But has this happened in three neighbouring countries? These minorities came to our country to save themselves. And we shouldn’t give them citizenship? Hence, this law is needed,” the Home Minister said.

Rajya Sabha held a six-hour-long debate on the bill, and voted after the Home Minister’s reply.

During the fierce debate, the Opposition slammed the government for attacking the foundation of the Constitution and Centre rubbishing all the allegations.

The day began with Shah tabling the bill in the Rajya Sabha with assurance that it will give protection to persecuted minorities from three neighbouring countries. “When Partition happened, it was thought the minorities will get civil rights and lead a normal life, that they will be able to practice their own religion and protect their women. But when we look back, we see what the truth really is. These people did not get their rights. They were either killed, converted or came to India,” Shah said.

He vehemently denied the Opposition charge that the bill is biased against Muslims in India. “The Muslims in India are our citizens, they won’t be tortured. What do you want - all the Muslims coming from all over the world should be given Indian citizenship? This is not possible. The minorities are being persecuted in these three countries, that is why we have included only these countries,” Shah said.

But as soon as the Home Minister finished his introductory speech, the Opposition started throwing barbs at the government invoking Mohammad Ali Jinnah and Sardar Vallabhbahi Patel.

Samajwadi Party’s Javed Ali Khan said, “Our government, through this Citizenship (Amendment) Bill and NRC, is trying to fulfill the dream of Jinnah. Remember, in 1949 Sardar Patel had said ‘we are laying the foundation of a truly secular democracy in India’. The country cannot be divided on the basis of religion.”

In between the exchange of these caustic remarks, leaders of different parties kept announcing their stand in favour or against the bill. While the Janata Dal (United) continued its support for the bill in the Rajya Sabha, as it did in the Lok Sabha, the government’s legislation got a boost with the support of All India Anna Dravid Munnetra Kazhagam (AIADMK), YSR Congress and Biju Janata Dal (BJD).

When the bill was tabled in the Lok Sabha on Monday, it saw similar aggression from the Opposition parties. The AIMIM’s Asaduddin Owaisi even tore up a copy of the bill. But the government used its absolute majority to push through the legislation in the Lower House on Parliament.

The bill seeks to halve 11-year-long wait for citizenship for non-Muslims from three countries. It will make it much easier for Hindus, Sikhs, Buddhists, Jains, Parsis, and Christians fleeing Afghanistan, Bangladesh and Pakistan to become Indians.

Protests against the bill have flared in various parts of India, including the ethnically diverse northeastern states, where people fear that settlers from neighbouring Bangladesh could be granted citizenship. The Army has deployed troops in Tripura and putting reinforcements on standby in neighbouring Assam, where police battled thousands of protesters. Police in Assam’s Guwahati used water cannons and tear gas as they clashed with protesters, who had blocked roads with flaming tyres.