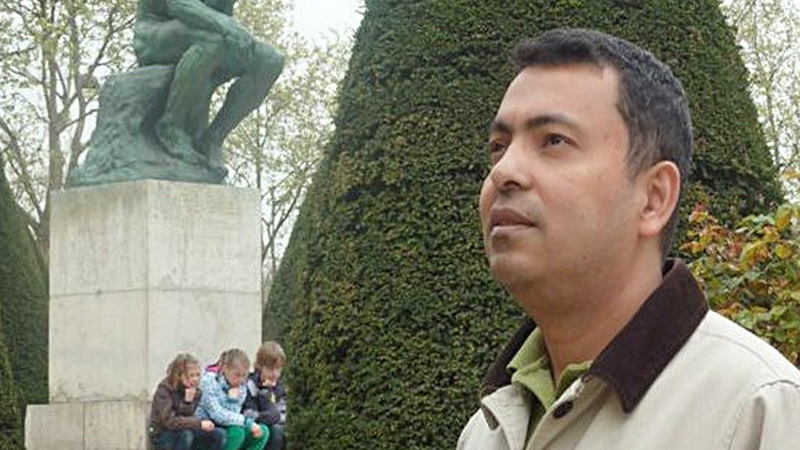 A police constable testified in a case lodged over the murder of blogger and writer Abhijit Roy.

After his testimony, the defence cross-examined him and Judge Md Mujibur Rahman of the tribunal then adjourned the hearing till December 30.

All of them are leaders of banned militant outfit Ansarullah Bangla Team (ABT). Of the six accused, sacked army Major Syed Mohammad Ziaul Haque alias Zia and Akram Hossain alias Abir are yet to be arrested and arrest warrant was issued against them on April 11.

Investigation officer (IO) of the case and inspector of Counter Terrorism and Transnational Crime (CTTC) Monirul Islam on March 13 submitted the charge sheet before the court.

Fugitives Major Zia and Akram are the masterminds of the killing while Farabi was charged for instigating the murder.

Md Mukul Rana alias Shafiqul Islam alias Hadi, who was involved in the killing, died in a shootout with Detective Branch (DB) of police.

ABT men hacked Avijit to death on Dhaka University campus when he along with his wife Rafida Ahmed Bonya was returning from the Amar Ekushey Book Fair on February 26 of 2015. His wife Bonya suffered critical injuries in the attack.