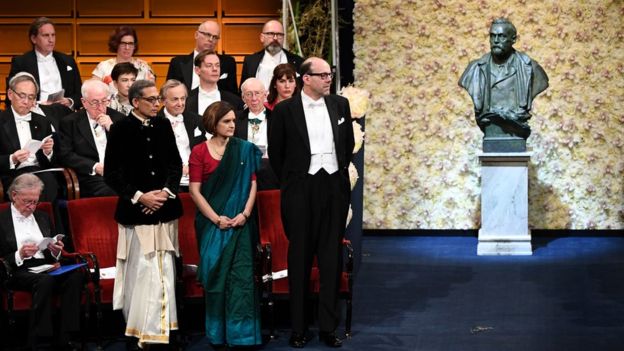 All eyes were on the 2019 Nobel Prize ceremony as Indian-American economist Abhijit Banerjee, along with French-American enonomist and wife Esther Duflo and another US-based colleague Michael Kremer, received the award in Economic Sciences on Tuesday in Stockholm, Sweden.

Banerjee and Duflo added a desi twist to their choice of attire. While Banerjee's emsemble was a nod to his Bengali origins, and his economist-wife was a headturner in a traditional Indian outfit. 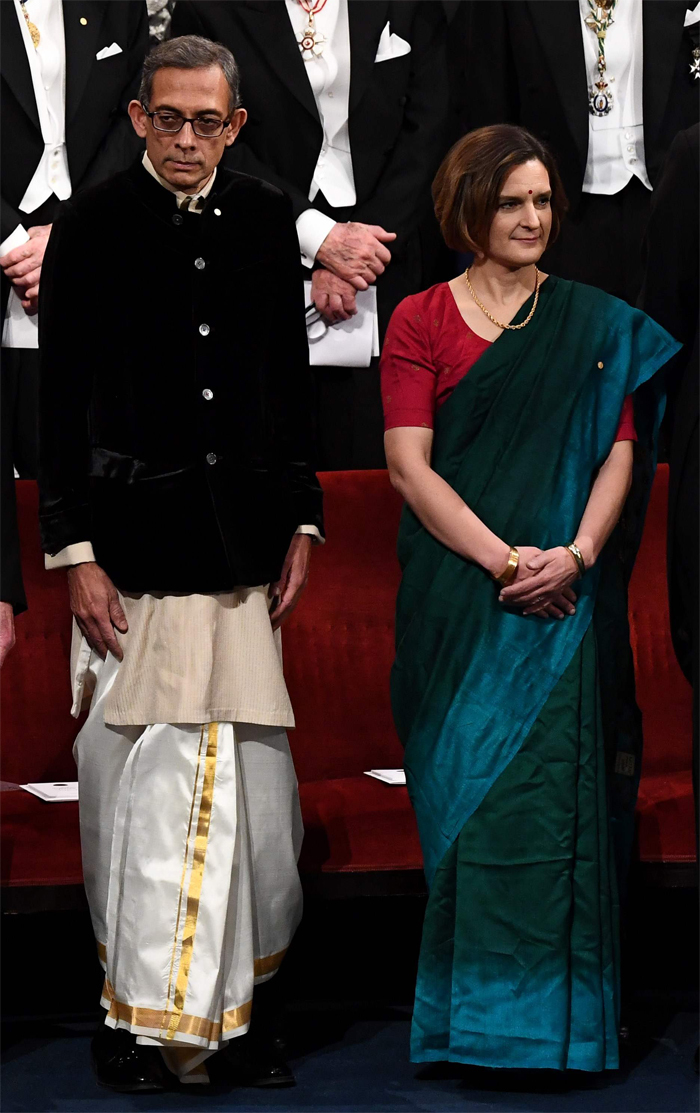 The Mumbai-born economist looked dapper in a silk, white, gold-bordered dhoti in Bengali style paired with a beige kurta and a black bandhgala. Duflo opted for a plain blue-green saree with a gold embeslished end, and paired it with a contrast, red blouse with gold buti embriodery. She completed her look with a red bindi for the award ceremony that was held at the Stockholm Concert Hall.

In a tweet, the Nobel Prize committee shared a small video of Banerjee, Duflo and Kremer receiving the award. "Watch Abhijit Banerjee, Esther Duflo and Michael Kremer receive their medals and diplomas at the #NobelPrize award ceremony today. Congratulations! They were awarded the 2019 Prize in Economic Sciences for their experimental approach to alleviating global poverty," Nobel Prize tweeted.