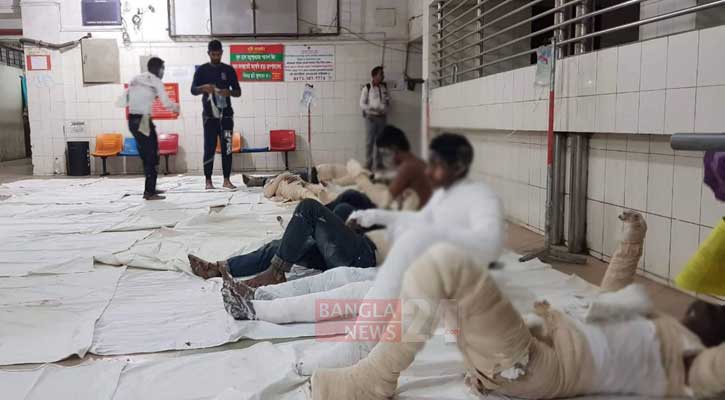 A worker was killed and at least 32 others suffered burn injuries as a fire broke out at a plastic factory at Hijaltola in Dakkhin Keraniganj on Wednesday.

Victims said the fire broke out at the factory, which produces onetime plastic glasses and cups, around 4:30pm after a gas cylinder went off with a big bang.

On information, ten  firefighting units rushed in and they were trying to douse the flame till filing of the report at 6pm, said Shah Jaman, officer-in-charge of Dakkhin Keraniganj Police Station.

Firefighters recovered the charred body of the dead worker from the factory, said Saiful Islam of Keraniganj Fire Service Station.

Babul, a worker of the factory, said at least four workers got trapped inside the factory.

There was another fire incident at the factory in February last.