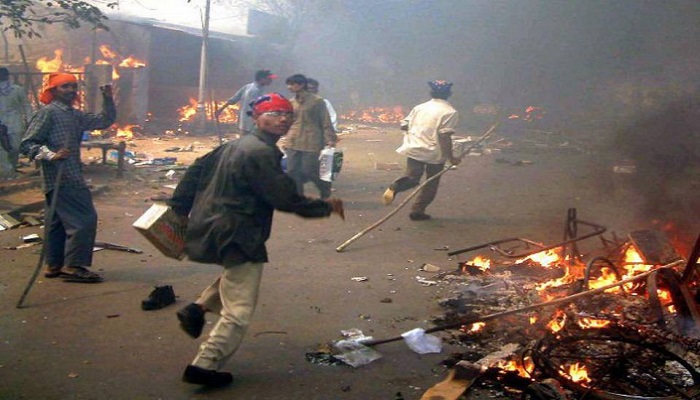 The Gujarat government has tabled the final part of the Justice Nanavati-Mehta Commission report on the 2002 riots, in the Assembly on Wednesday. The report deals with post-Godhra violence in which more than 1,000 people were killed in the widespread communal riots across the State.

The Commission has given clean chit to the then Chief Minister Narendra Modi and others in post-Godhara riots. It also gave clean chit to the late Haren Pandya, Ashokbhai Bhatt and former minister Bharat Barot.

The Commission held that the riots were not organised and the State administration had taken all necessary measures to control the situation.

The Commission observed that the police was ineffective at some places, lacked competence to control mob violence. There was also lack of eagerness on the part of the police to deal with mobs during 2002 riots, it added.

The first part of the report, dealing with the Godhra train burning incident in which 59 kar sevaks returning from Ayodhya were charred to death when a bogey of the Sabarmati Express was set afire by a mob near Godhra railway station, was tabled in the Assembly in 2009.

The two-member inquiry commission submitted its final report containing part two on November 18, 2014, to then Chief Minister Anandiben Patel, but it was withheld by the State government since then.

In September this year, the State government submitted in the Gujarat High Court that it would table the second part of the report in the next Assembly session. The assurance was in response to a public interest litigation (PIL) petition filed by former IPS officer R.B. Sreekumar, seeking a direction from the High Court to the government to make the report public.

Mr. Sreekumar had filed affidavits before the commission and questioned the “inaction” by the State government during the post-Godhra riots. In 2015, he had made a representation to Ms. Patel, demanding that the entire report be made public.

Amidst the ghastly communal riots, the then Chief Minister Mr. Modi on February 28, 2002 announced a one-man commission to inquire into the cause of the Godhra train burning incident and subsequent communal violence.

The government had also expanded the terms of reference of the commission, bringing under its purview role and conduct of the Chief Minister, Ministers and police officers during the riots.

The commission was originally given six months to conduct the inquiry and submit the report but after over a dozen extensions, the first part of the report was submitted in 2009 and final report in 2014.