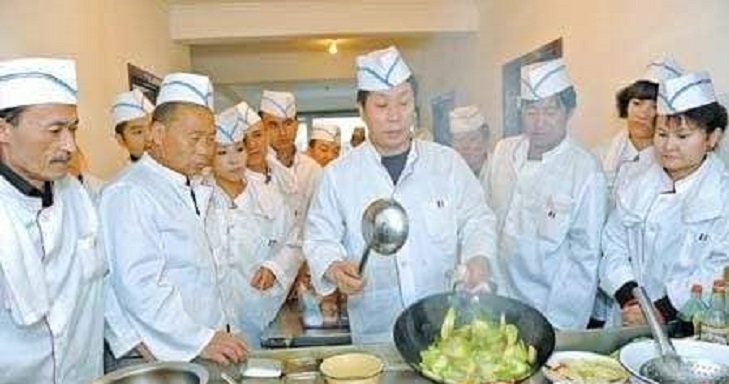 Religious terrorism and extremism has been a curse for the entire humankind in the current century. No country is excluded from the threat of the curse and it has been a major reason for global tension. The world super powers and peaceful countries have been leaving no stone unturned to defeat and eradicate the terrorism from their territories. Many nations have come up with different strategies and policies on counterterrorism from scorched earth to soft policies. Some of them have gained temporary successes but could not totally get rid of the nuisance of the extremism. Because all their policies and strategies lack addressing root causes of the terrorism.

However, China has gained ultimate successes of eradicating terrorism from its inseparable part Xinjiang. The terrorist-ridden autonomous region was once epicentre of so-called Islamist militants and the people of the region would often have bore the brunt of terrorist attacks. Xinjian was notorious  as a major battlefield in China's counterterrorism endeavors till 2016. Because thousands of violent terrorist activities took place in the region, claiming numerous innocent lives and causing tremendous property damage between the 1990s and 2016. Xinjiang has been plagued by terrorism and religious extremism, which pose a serious threat to the lives of the people in the region during the period. That was such a dire situation that no responsible government around the world would tolerate on its own soil.

But the Chinese strategies and policies of combatting violence, terrorism and separatism, maintaining stability and security, and safeguarding social and economic development in the region have worked miraculously. Official records show that for the last three years since 2016, the number of terrorist attacks has fallen down to zero in Xinjiang.  Local people have gained a stronger sense of security and happiness. And the region has attracted a soaring number of tourists, with nearly 200 million in the first 10 months of 2019, up 43 per cent year on year.

The main and driving force of such tremendous successes in Xinjiang is the introduction of vocational education and training centres that have already proved an effective tool in fighting terrorism and extremism. Drawing experience from other countries and taking into consideration the local conditions, the local authorities in Xinjiang set up the centers to help people who are deceived by or have even joined terrorist forces and committed minor offenses to get rid of extremist ideologies, through courses including Mandarin Chinese, law, vocational skills and de-radicalization. Preventative in nature, the measure has been practiced in line with the spirit and requirements of the rule of law in China. It tackles both the symptoms and root causes of terrorism and extremism while fully respecting and protecting human rights in line with law and international practice. The centers have effectively been curbing the frequent terrorist incidents and protecting the rights to life, health, and development of the people of all ethnic groups and worthwhile results have been achieved.

The education and training centers regard vocational skills as an important channel to improve the trainees’ employability. Based on local demand and employment opportunities, the courses they present include garment making, food processing, assembly of electronic products, typesetting and printing, hairdressing and beauty services, e-commerce, auto maintenance and repair, interior design and decoration, livestock breeding, pomiculture, therapeutic massage, household services, handicrafts, flower arrangement, rug weaving, painting, and the performing arts such as music and dance. Eligible trainees who are willing to learn are offered training in more than one skill to ensure they are employable in the job market upon completing their studies at the centers.

Education and training at the centers never interferes in the trainees’ freedom of religious belief and the centers have never made any attempts to have the trainees change their religious beliefs. The personal freedom of trainees at the education and training centers is protected in accordance with the law. The centers guarantee that trainees’ personal dignity is inviolable, and prevent any insult or abuse in any manner. In the context of local conditions, and complying with the spirit of documents such as the UN Global Counter-Terrorism Strategy and the UN Plan of Action to Prevent Violent Extremism, Xinjiang has put prevention first while taking resolute action against terrorism and extremism.

This is how the Chinese approaches to eradicate the terrorism and extremism has become a tremendous success. The Chinese approaches on counterterrorism in Xinjiang has ultimately been a role model in fighting terrorism for the rest of the world. The terror-ridden nations have been considering to employ the Chinese approaches to eradicate the curse of  terrorism from their territories. Many foreign journalists and diplomats from different countries have spoken highly of the Chinese approaches after visiting Xinjiang over the past year. At the global level, China's efforts to end terrorism in Xinjiang have won increasing recognition and support. In March, the 46th session of the Council of Foreign Ministers of the Organization of Islamic Cooperation (OIC) adopted a resolution commending China's efforts in providing care to its Muslim citizens. In July, ambassadors from more than 50 countries to the UN Office in Geneva co-signed a letter to the president of the UN Human Rights Council and High Commissioner for Human Rights, praising China for its respect and protection of human rights in fighting terrorism and de-radicalization. These actions have shown the broad support of the international community on the education and training efforts in Xinjiang.

But the reactions from the United States (US) on the successes of China in Xinjiang are totally frustrating and irresponsible. Because they have long been trying to call the remarkable success of China in question under the pretext of so-called human rights violations in the region. They have been conducting a smear campaign against China by branding the education centres as so-called 'concentration camps' which is totally baseless and a black lie. In continuation of its efforts, the US House of Representatives on Tuesday approved an egregiously baseless and biased bill related to Xinjiang, in yet another blatant attempt to use human rights as a pretext for interfering in internal affairs of China. Though they have no rights to meddling in internal affairs of any nation. However, such defamatory and baseless accusations brought by the US against China will never garner support from the international community.

Because as for the human rights situation in Xinjiang, China has always been committed to safeguarding all kinds of rights for its people.  Though the US has long been blaming China for human rights violations, Local Muslims have no such objections against their government. Rather they have full support and assistance for counterterrorism efforts in Xinjiang. Abuduxikeer Rehemudula, Vice President of China Islamic Association and Imam of Baida Mosque in Urumqi called upon hostile foreign media to stop making up things out of thin air and publishing fake reports, and no more hurting the feelings of the people of Xinjiang. He also invited people from all over the world to come to Xinjiang to truly experience its sublime beauty basking in social stability and harmony.

The writer is the diplomatic correspondent of the Daily Sun. He is now based in Beijing.