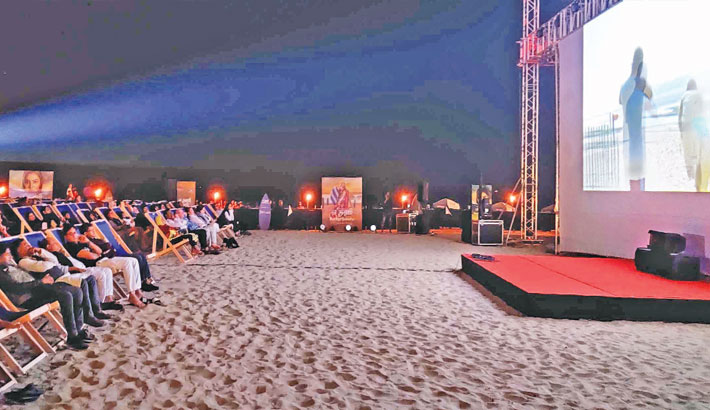 One of the most talked about Bangla films of current days is No Dorai. Produced by Cineplex and directed by Taneem Rahman Angshu, the surfing-based film was released on November 29.

The Beach Premiere film was held at Sayeman Resort in Cox’s Bazar on December 6. The cast and crew of the film along with popular celebrities were present at the event.

Talking about the premiere, the producer of the film and Chairman of Star Cineplex Mahboob Rahman said, “From the very beginning we wanted to give the audience something new. And this arrangement was no exception. We tried to bring out uniqueness in storyline, making and cinematography. In the film audience will see the beauty of Cox’s Bazar in a different way.”

Inspired by the real-life story of the first female surfer in Bangladesh, Nasima Akhter, the film No Dorai features Sunerah Binte Kamal in the lead role. Shariful Razz and Sayed Babu is the other major protagonists of the film.

Bangladeshi singer Xefer Rahman is the executive producer of No Dorai while the cinematographer is Suman Sarker.