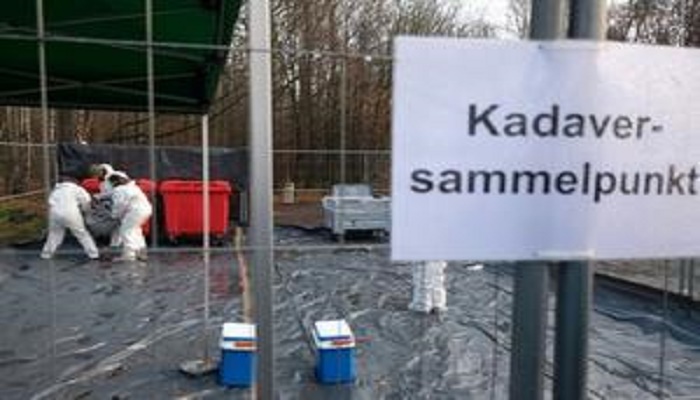 Sniffer dogs, drones and electrified fences: Germany is deploying a full array of defences to stop boars from

bringing swine fever into the country and avert a disaster for its thriving pork industry.

The virus is not harmful to human health but can cause deadly bleeding in domestic pigs and boars.

The only way of getting rid of it is through mass culling at farms — a nightmare for German farmers.

Half of Germany’s pork production of five million tons a year goes to foreign markets, making it Europe’s biggest exporter of the meat.

It is feared that even a single case could wreak havoc.