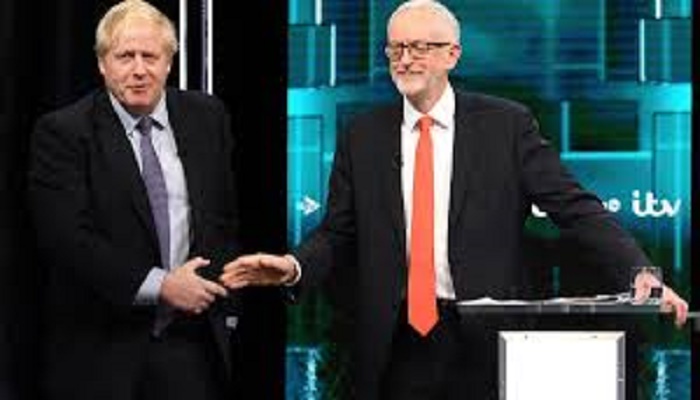 Britain’s political leaders were to criss-cross the country on Wednesday’s final day of general election campaigning as a key poll showed the outcome could be hanging in the balance, reports AFP.

Thursday’s snap general election was called in a bid to break the Brexit deadlock that has gripped Britain ever since the seismic 2016 referendum vote to leave the EU.

After struggling to lead a minority administration, Johnson is hoping to secure a majority government that will enable him to take Britain out of the European Union on January 31.

The pollsters’ seat projection put the Conservatives on course for a relatively slender 28-seat majority in parliament’s 650-member lower House of Commons — down from a comfortable 68 forecast by YouGov on November 27.

The new poll forecast that the Conservatives would take 339 seats (up 22 on the last general election in 2017), with the left-wing Labour main opposition on 231 (down 31).

The Scottish Nationalist Party (SNP) was on course for 41 seats, up six, while the Liberal Democrats are set for 15 seats, up three.

YouGov warned that the final number of Conservative seats could be between 311 — hung parliament territory — and 367.

The Britain Elects poll aggregator puts the Conservatives on 43 percent, Labour on 33 percent, the Liberal Democrats on 13 percent, and the Greens and the Brexit Party on three percent each.