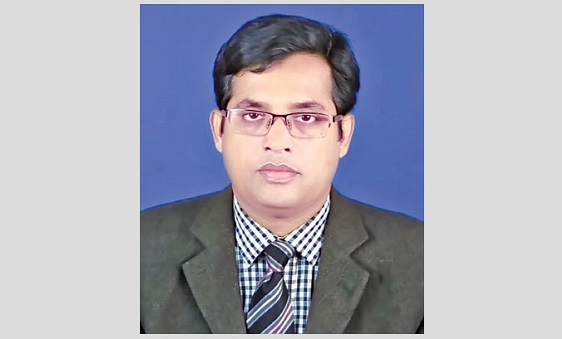 Poverty is a curse for every country across political boundaries. Like of other countries, the government of Bangladesh has been working hard to eradicate poverty and the ratio has definitely gone down over the period of time. Government’s social safety net programmes have contributed a lot to accelerating the process of reduction of rural poverty although there are criticisms about the implementation of the social safety net programmes. Despite initiatives of the government, the brute reality is that there are several hundred thousand people who live their life with great hardship without having any asset. These groups of people are compelled to move from one place to another for their livelihood. The major portion of them remains engaged in begging. Although we usually criticize people for begging, we never try to comprehend the underlying causes of accepting begging as a profession. Of course, there are a good number of people who could accept other professions but remained engaged in begging. Even, a syndicate has been developed over the years centring the profession of begging. 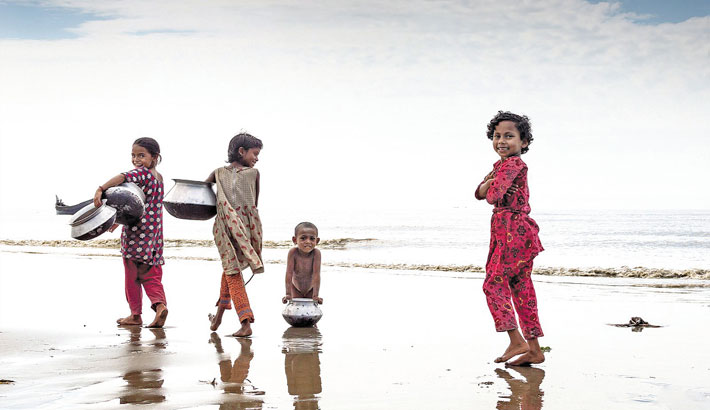 A couple of days back I was watching a drama on a television channel. The drama was portraying how and why people lie in order to maintain their livelihood. Sometimes, people lie for maintaining their livelihoods and sometimes they lie to see a bit of smile on the faces of their dear and near ones. Two different characters were portrayed in the drama. The first dimension was focusing on a group of beggars comprising of four members who did not have any blood relation. But, these four people use to present them as a distressed family that consists of husband, wife and two kids. They use to tell their false maladies to the people in order to win their sympathy so that they could get money from them. They use to beg at different places in Dhaka city. At the end of the day, they divide the money they earn among them. Sometimes they got involved in wrangling to ensure right share for everybody. Sometimes, they met with the same people at different places. Whenever such a situation takes place they leave the place quickly. After a series of the episode, the old man realized that begging in that fashion is not the right way to solve his problem. But at the same time, he could not find any alternative as he required sending money to his village where he left other members of his family.

On the other hand, the main character of the drama was portrayed as a journalist who earned a very meagre amount of money for maintaining his family. He was a newly married couple who got married without the consent of his wife’s family who are better-off than him. Since it was a love marriage, the journalist wanted to see a flash of happiness in her wife’s face at the cost of anything. That is why he had to tell a lie with many of his colleagues in order to borrow money so that he could buy a new television for his beloved wife or they could spend a couple of hours at a Chinese restaurant. They were doing fine until one of his seniors from whom he lent money came at his residence to ask for money. Once his wife came to know that her husband is a fibber she wanted to leave him. The journalist tried to make her convinced by saying that whatever he has done only to see a flash of happiness in her lovely face. Finally, the wife realized and wanted to offer him a last chance on a condition that he would not tell a lie again.

The above two stories portrayed two different episodes of our daily lives. In both cases, people did not do the right thing. One group of people was pretending to be in deep trouble and thus they were seeking assistance from the passer-by while the other character was lying in an attempt to satisfy his needs of life. But, in both cases, there are some brute realities of life that have compelled them to adopt a different path to meet their requirements.

Having watched the drama I have tried to find its relevance with our ways of life. And I have found that both the stories have a strong resemblance with our life and society. That is why, drama is considered to be the reflection of our daily life. There are thousands of people in our society who are compelled to adopt the wicked path to maintain their livelihoods. Of course, one may argue that these people could choose to work hard instead of begging or lying? I partially agree and partially disagree with this proposition as we have yet to establish such a job market in the country where people could easily get them involved. Of course, the government is working hard to reduce the number of poor people; unfortunately, the result is not quite satisfactory. There has been a wide income gap in society. The major portion of the money has been accumulated in the hand of a group of people. In the last ten years, we have seen how the number of millionaires has increased in the country.

We all should bear in mind that people, with some exception, usually do not want to extend their hands to others for assistance unless they are compelled by the realities of life. Thus, the government and all stakeholders should realize the enormity of the situation with great importance. The government should take comprehensive policies to create job opportunities for these distressed people so that they could get engaged in different activities for maintaining their livelihood. If they could do it they would not beg which is a painful task to do. Of course, there are many syndicates who are also making money compelling these people to beg. It has also been highlighted in different media sources that these syndicates are kidnapping kids to use them in this profession. The government should identify these groups to bring them under legal trial. But at the same time, it is very difficult for the government to solve the problem alone. Thus, citizens of the country, especially the richest section of the society, should come forward to stand beside the government to solve this problem by extending assistance in the form of creating job opportunities for these needy and distressed people, so that they could maintain their livelihood without begging. Only then, we could be able to overcome the situation of poverty and no one would have to face the brute realities by adopting begging as a profession to maintain their livelihood.