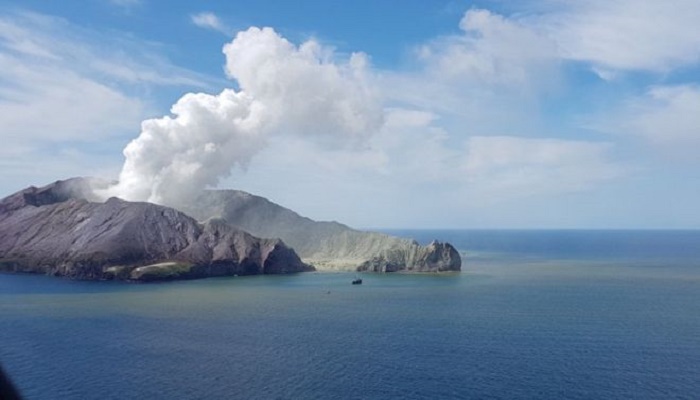 The mountain, also known as Whakaari, erupted on Monday when dozens of tourists were on the island.

So far, six people have been confirmed dead. Eight are missing on the island, presumed dead, while another 25 are in critical condition in hospital.

Meanwhile, the identification process and post mortems of the victims are underway.

Authorities had hoped that on Wednesday they might be able to recover the bodies thought to be on the island.

"I've spoken to many of those involved in the operation and they are very, very eager to get back there, they want to bring people's loved ones home," Prime Minister Jacinda Ardern told reporters.

But police said the latest seismologist update meant recovery teams had no choice but to wait.

Reconnaissance flights have shown no signs of life on the island and officials believe there are no survivors among the eight missing.

At least 47 visitors from around the world were on White Island at the time of the eruption.

Police said that of the 30 injured, 25 are in a critical condition while the other five are classed as stable but serious.