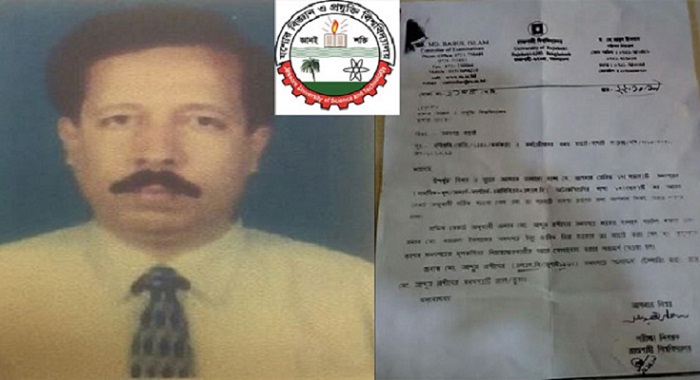 An allegation has been raised against an exam controller of Jashore Science and Technology University (JUST) for getting the job by presenting a fake certificate.

The matter came to light about one and a half months back while verification of the certificate by Rajshahi University authorities but no legal measures have yet been taken in this connection.

According to the sources, Abdur Rashid joined the university as an exam controller in 2010. He presented his Bachelor of Laws (LLB) degree while joining the post.

The JUST authority sent 17 certificates to Rajshahi University for verification and the university sent a letter to JUST terming the LLB certificate of Abdur Rashid as fake on October 12.

Abdur Rashid said, ”I just forgot the exam year and I have no idea if the certificate was sent for verification or not.”

Prof Abdul Mojid, the convener of certificate verification committee of JUST, said necessary legal measures would be taken if anyone’s certificate was found to be fake.