Both Challengers, Thunder upbeat to start BPL with victory 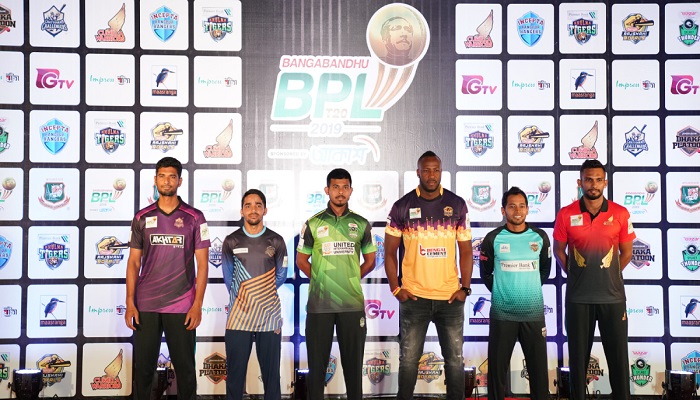 The special edition of Bangladesh Premier League (Bangabandhu BPL) is all set to commence with the match between Chattogram Challengers and Sylhet Thunder at 1:30pm at Sher-e-Bangla National Cricket Stadium on Wednesday.

Like the previous edition, Gtv will telecast all the matches of this year’s BPL.

“It’s a challenging event as always, as the captain of Sylhet, I believe that we have to face a tough challenge. But we will take the field to win the games. This is the biggest challenge’’, Mosaddek Hossain Saikat, the captain of Sylhet Thunder, said in a pre-match press conference at the Sher-e-Bangla National Stadium here on Tuesday.

“Everyone who plays BPL knows their own rules and responsibilities. I might bat at number four or five. If I demonstrate my batting better in this position, the national team management might consider the same places for me in the national team,” he added.

“It’s a big chance for me to show my best in BPL. We conducted our first practice session today (Tuesday). I think we got a balanced team. We have three-four players who have been playing for the national team for a long time. I think the onus will be on us to perform better and bring the result on our favour,” he further said.

On the other hand, Imrul Kayes will lead the Chattogram Challengers at least in the first two matches of BPL in absence of Mahmudullah. The southpaw represented Comilla Victorians in the last season of the event.

“Like everyone else, I want to start the BPL in a good note. We are confident to win the first game. It will help us play better in the remaining the event,” Imrul told the media ahead of their first encounter against the Thunder.

Mahmudullah Riyad is the A-plus player of Chattogram. The national all-rounder will not be available to play first two games due to the injury that he has sustained during the pink-ball Test against India in Kolkata last month.

“It’s really difficult to come up with the best combination without Mahmudullah bhai. We will miss him in the first two matches. In his place, we might play a local or foreign player. But whoever will get the chance will surely try to utilize the opportunity,” Imrul said about missing Mahmudllah.

“I have played in Comilla Victorians for four-five years. So I have to adapt to the new environment in the new team. Since there are many local players in the team, so it will not be that tough to adopt them. After two-three matches, it will be easier to get united as a team,” Imrul added.

In the other match of the day, Cumilla Warriors and Rangpur Rangers will take on each other. The match will begin at 6:30 pm (Bangladesh time). Mohammad Nabi of Afghanistan will lead Rangpur in the game while Sri Lanka’s Dasun Shanaka will captain Cumilla.