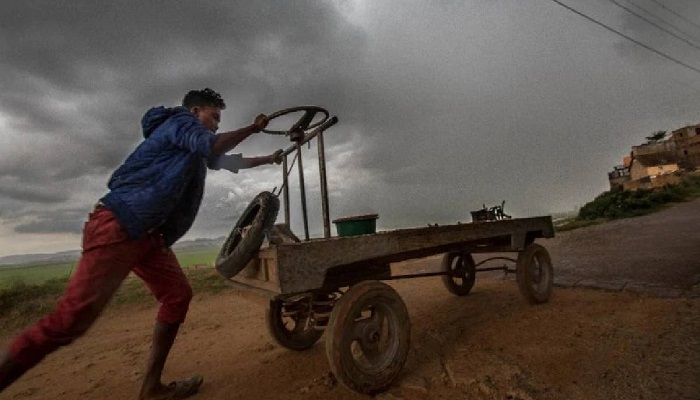 Cyclone Belna has hit northwestern Madagascar, with nine dead and three missing from the first tropical storm of the season, according to local officials.

Belna blew into the coastal town of Soalala, where more than 1,400 residents were made homeless because their houses were destroyed, damaged or flooded, Col. Elack Olivier Andriakaja of the national catastrophe management office, said Tuesday.

Those displaced have found temporary shelter in primary schools, mosques and district offices but they need food, said Andriakaja.

Many government administrative buildings and roads have also been damaged, he said.

Emergency food rations will be delivered to Soalala by sea, said officials.

Madagascar's Prime Minister Christian Ntsay will be flying to Soalala to assess the damage.

The storm's winds blew off or dislodged the roofs of 80% of the town's residences and government offices, said Soalala's member of parliament Naina Randriamisa, who said water is rising across the city.

Belna has been downgraded to a tropical storm as it travels south on the island. Heavy rains and winds are expected through Wednesday. The cyclone should be finished by then, according to the meteorology department.