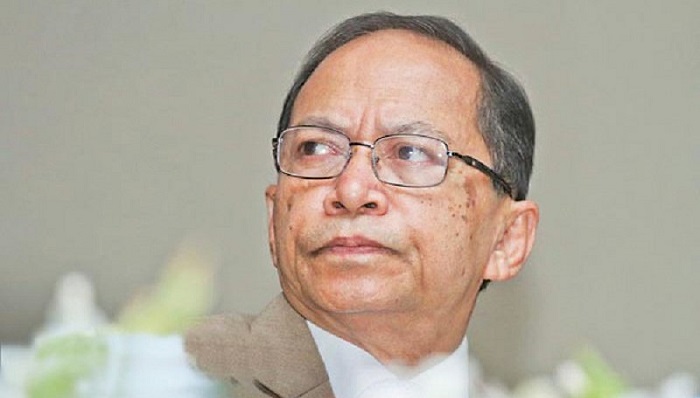 The Anti-Corruption Commission (ACC) has pressed a charge sheet against 11 persons, including former Chief Justice SK Sinha, in a case filed under Money Laundering Act.

Earlier on December 4, ACC approved the charges against the 11 people for their alleged involvement in embezzling Tk 4 crore from the Farmers Bank (now Padma Bank).

However, ACC excluded senior vice-president and former branch manager Md Ziauddin Ahmed’s name from the charge sheet as they did not find his involvement in the loan scam.

On July 10, ACC director Syed Iqbal Hossain filed the case against Sinha and 10 others with the anti-graft watchdog’s Dhaka integrated district office-1 at Segunbagicha for allegedly plundering Tk 4 crore from Farmers Bank creating fake loan documents to the names of two persons.

Later, the money was transferred to the account of SK Sinha and the amount was siphoned off.

SK Sinha sent his resignation letter to Bangabhaban on November 10, 2017 from abroad.

President Abdul Hamid accepted the resignation of Sinha on November 13, 2017. Currently, Sinha is staying in the United States.

In October 2018, the ACC revealed that it found ‘evidence’ of fraudulence, involving transactions of Tk 4 crore borrowed by two businessmen, Shahjahan and Niranjan, from Farmers Bank.

Later, the ACC started a probe into the allegation. The ACC’s probe found that the money was deposited to the bank account of SK Sinha.