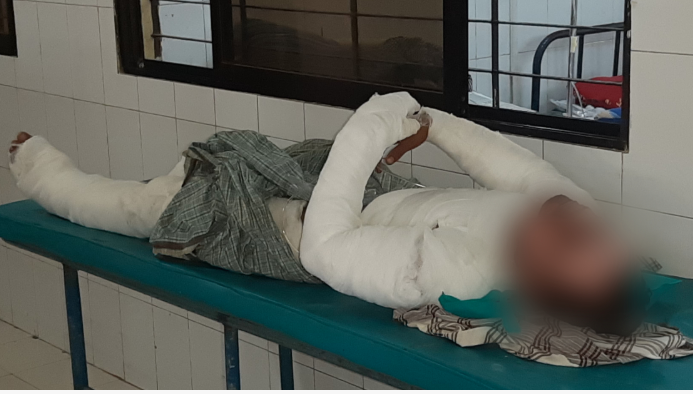 Five people sustained burn injuries in a gas cylinder explosion inside a shop at Boiltoli road in Patiya upazila on Tuesday.

They are Abu Syed, 40, of Kochuai village in Patiya upazila, Md Rahim, 33, son of Enayet Hossain, Md Ali, 32, Sajjad, 20, hailing from Chandanaish upazila and Abu Salek, 26, of Roshunhat  Syedabad area of the upazila.

The injured were admitted to the burn unit of Chattogram Medical College Hospital where the condition of Abu Salek is said to be critical.

On information, two units of fire fighters rushed to the spot and doused the fire after 30 minutes, said station officer of Patiya Fire Service Md Hossain.

He claimed that some dishonest businessmen were manipulating with the weight of the gas cylinders stored in the shop.

After senior officials of the administration visited the spot, the shop was sealed off, he added.