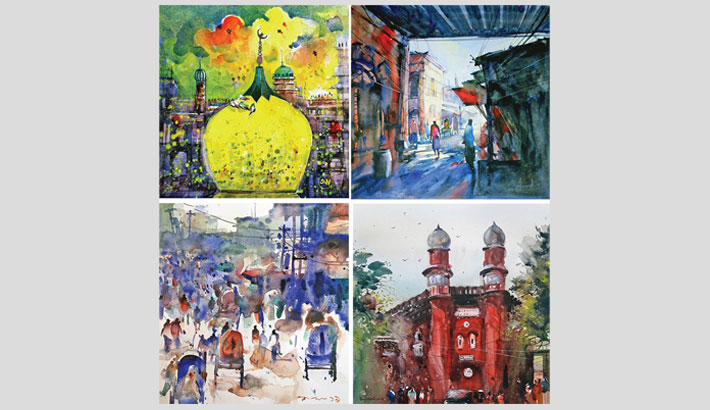 The inaugural ceremony of the exhibition will be held the La Galerie of AFD at 5:30pm.

About the Exhibition Even though all cities are made of lifeless concrete and tons of mechanical structure; they are not designed and engineered like machines. Each city has a secret soul, it breathes, lives and dies.  Each city creates an own echo system, a way of living through the long journey of its growth. While cities evolve by components, blocks, parks, transport and so forth are designed and engineered. But the city as a whole emerges as forms of behavior that are preserved despite the evolution of these natural and built-in environments. Generations of inhabitants organize and intersect the city’s many parts so that it evolves into, not only a built-structure on top of a natural-environment, but a living object that we might easily call the “soul” of the city.  A group of young visual artist named “Joloj” intended to portray the soul of a thousand years old city that gave her womb and her breasts like a caring mother to grow us as artists.

After the inaugural ceremony, the exhibition will be open to all till  December 18 at La Galerie, Alliance Française de Dhaka. Visiting Hours:  Monday to Thursday from 3:00pm to 9:00pm, Friday and Saturday 5:00pm to 8:00pm. Closed on Sunday.