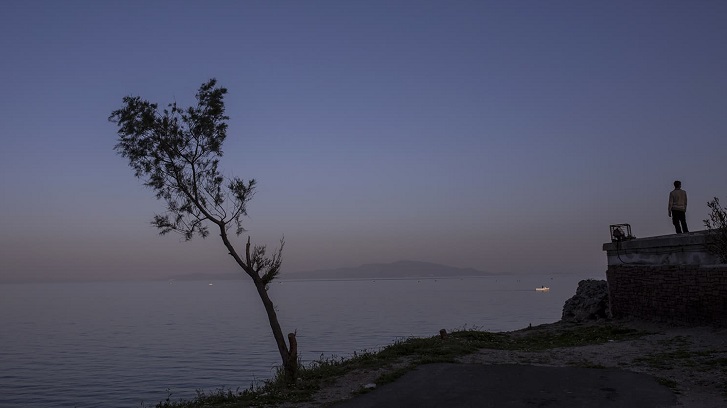 Despite repeated government warnings to verify employment papers before going abroad to seek fortune, thousands of Bangladeshis continued to ignore such alerts and ended up in hellish conditions in a number of foreign countries after falling prey to organised human-traffickers.

Officials said thousands of such illegal migrants have been rescued and brought back home or were deported by their host governments over the past months.

Recently, a large number of Bangladeshi workers, both the males and females, were deported from different countries including Saudi Arabia and Malaysia as they had no valid papers.

However, many women employed in Saudi Arabia chose to cut short their stay as they were tortured and sexually abused by their employers.

Such a large number of returnees have raised questions as to how they managed to travel abroad illegally.

A section of recruiting agencies having links with some dishonest immigration police officers working at the country’s main Hazrat Shah Jalal International Airport in Dhaka were involved in human-trafficking, detective sources said.

Sumon, Delwar, Mohsin, Helal and Alamgir, all hailing from Munshiganj, are some of those ill-fated Bangladeshis who sought help though video messages from Algeria to arrange their safe return home as they fell prey to fraudulent recruiting agencies, according to BRAC Migration Centre.

The Brac Migration Centre appealed for saving the victims to the Wage Earners’ Welfare Board, which in turn wrote to the Bangladesh embassy in Algeria for taking necessary steps for their safe return home, it said.

The relatives of the trapped workers said they were sent to Algeria with the promise of highly-paid jobs, standard works and easy entrance to Spain.

Recently, nine Bangla-deshis have returned home from Algeria while four remained stranded in Morocco on their way to Spain, and 42 are still living in Algeria in inhuman conditions.

Jasim Mia, who returned home recently from Algeria, said he along with 32 others went to Algeria on 19 February paying Tk 300,000 each to Singapore Training Centre in Shovochoni area of Tongibari in Munshiganj, and were promised a job of Tk 50,000 salary per month. The agency assured them of sending them to Spain from Algeria eventually.

BRAC Migration Project chief Shariful Hasan said the families of seven trapped workers in Algeria sought help from them for their safe return. “It’s a matter of grave concern. I hope the government will take necessary measures in this regard. Such fraudulent practices must be prevented. Otherwise, many others might fall into the same trap,” he said.

Organised gang of human-traffickers have selected Libya as transit for trafficking the Bangladeshi fortune-seeker in Italy, detective sources said.

Thousands of illegal immigrants choose to cross the Mediterranean Sea towards Europe from Libya although the United Nations High Commissioner for Refugees has repeatedly stressed that Libya is not a safe port due to its deteriorating security conditions.

Trafficking of Bangladeshi workers to Libya is also alarming as 30 to 40 Bangladeshis were reportedly illegally landing at Tripoli’s Metiga Airport by each incoming flight from Istanbul, it said.

Moreover, the Bangladesh embassy there is under pressure from the Libyan authorities to stop the illegal flow of Bangladeshis to the civil war-torn country.

Many of them are boarded in engine trawlers in trouble sea route for their remote destinations including Italy, resulting many of their lives drown in sea water.

Recently, around 60 migrants reportedly including 37 Bangladeshis have died after their boat capsized in the Mediterranean Sea after it left Libya for Italy.

Recently, law enforcers arrested nine members of a travel agency on charges of such fraudulence from the capital’s Nikunja area.

They used to take money from people by making fake documents and smart IDs, special superintendent of police for Criminal Investigation Department (CID), said at a press briefing in Dhaka.

They also send many Bangladeshi poor and innocent people in many foreign countries with fake visas in exchange of a big amount of money, the CID official said.

They had been carrying out such illegal act in cooperation with a section of dishonest airport immigration police, CID said.

Besides, recently Malaysian immigration police have rescued 65 Bangladeshi workers, believed to be victims of human trafficking, from the dormitory of a foreign worker recruitment company in Bandar Baru Nilai and arrested two Malaysians over the incident.

According to Malaysian authorities, some 7,000 Bangladeshis have been detained in the country since January 1 this year for violating immigration rules.

Migrant rights groups have said most of the undocumented migrants are victims of human trafficking or exploitation of the employers and agents.

A total of 18,000 Bangladesh workers have returned home from Saudi Arabia during the last one year.

Many of them, having legal documents have been forced to return home with empty-handed, many alleged.

Program head of Brac Migration Program said, “Saudi Arabia has sent back 804 workers in the last one month,”.

The country has been detaining people for violating residential, labour and border security regulations since November 2017.

The additional flights of Biman will be operated between December 12 and 31 alongside the regular flights, ministry sources said.

On December 2, the Ministry of Expatriates’ Welfare requested the civil aviation ministry to operate additional flights to bring back home the undocumented Bangladeshi workers from Malaysia under the amnesty programme. The amnesty for the workers will end on December 31.

The illegal migrants who have been given amnesty under the programme by the Malaysian government are now facing tremendous problems there due to scarcity of air tickets and high fare.

Around 29,000 undocumented migrant workers have returned from Malaysia so far.

Another several thousand remained stranded in Kuala Lumpur due to acute scarcity of air ticket.