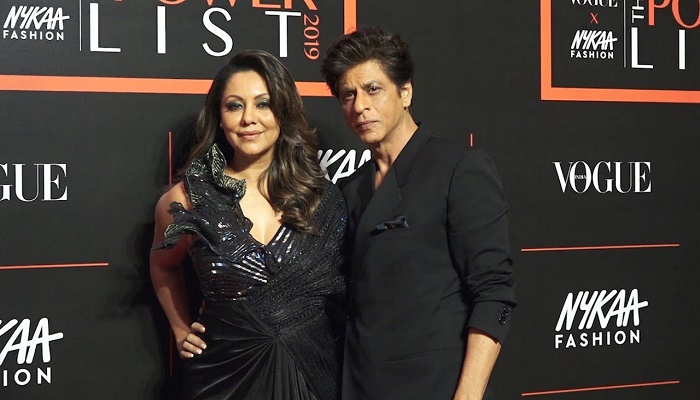 Bollywood actor Shah Rukh Khan and his wife Gauri Khan received the Most Stylish Couple Of The Year award at an awards show on Monday night, reports Hindustan Times.

The couple made a grand entry at the awards show to honour Vogue X Nykaa Fashion: The Power List 2019.

While they made heads turn with their stunning colour-coordinated outfits, what stole the show was the actor’s sweet gesture for his wife.

In a video shared on Instagram, Shah Rukh is seen picking up the train of Gauri’s gown, so that he doesn’t end up stepping on it. His thoughtful act has won the hearts of netizens, with several compliments pouring in from fans. “Always a gentleman,” one fan wrote. “King for a reason,” another commented. The clip has already garnered over 3,50,000 views and more than 500 comments so far.

On the work front, Shah Rukh recently announced his next production venture, Bob Biswas starring Abhishek Bachchan in the titular role. He will produce the film, which is a spin-off of the 2012 hit Kahaani, under his banner Red Chillies Entertainment.

Bob Biswas will be directed by Sujoy Ghosh’s daughter Diya Annapurna Ghosh. The film will trace the origin story of Bob Biswas, the contract killer from Sujoy’s Kahaani. It is scheduled to go on floors early next year.

Meanwhile, Shah Rukh is yet to announce his next project as an actor. He was last seen in Aanand L Rai’s Zero, alongside Anushka Sharma and Katrina Kaif. The film received mixed reviews from critics and tanked at the box office.