New Zealand volcano: Five dead and eight missing with 'no signs of life' 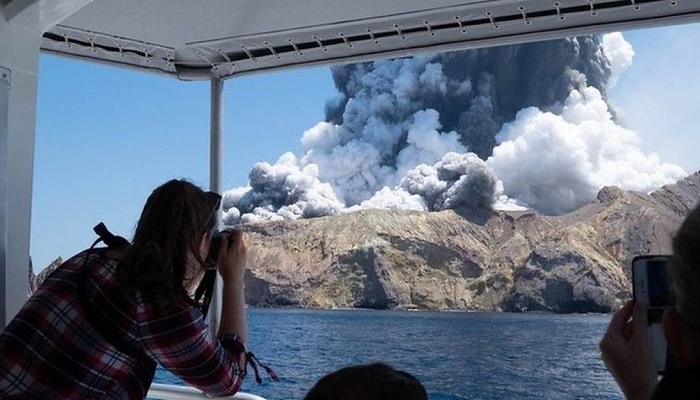 New Zealand PM Jacinda Ardern has said there were no signs of life on White Island following a volcanic eruption, reports BBC.

She said the focus was now "on recovery" and "to return loved ones", once the island was safe.

Thirteen people are presumed to have died, five of those are confirmed dead and eight are still missing on the island.

The volcano erupted on Monday as tourists were visiting the popular attraction.

Thirty-four people survived, with most of them still receiving treatment in hospital.

Among those hit by the eruption are people from New Zealand, Australia, Germany, China, Malaysia, the US and the UK, according to police.

Who was on the island?

Visitors from several countries as well as locals are among the missing and injured.

Police said a total of 47 people had been on the island when the disaster happened on Monday afternoon local time.

They were 24 visitors from Australia, nine from the US, five from New Zealand, four from Germany, two from China and one person from Malaysia.

The first victim to be identified is tour guide Hayden Marshall-Inman, a local of nearby town Whakatane, who according to New Zealand media has been named by his brother on Facebook.

Another tour guide from New Zealand, 24-year old Tipene Maangi, is among the missing with his family telling media he had been called in on his day off.

Mr Morrison said that 24 Australians were on board a cruise ship exploring the island in the Bay of Plenty when the volcano erupted. Of those, 13 people had been hospitalised and 11 were unaccounted for, he said.