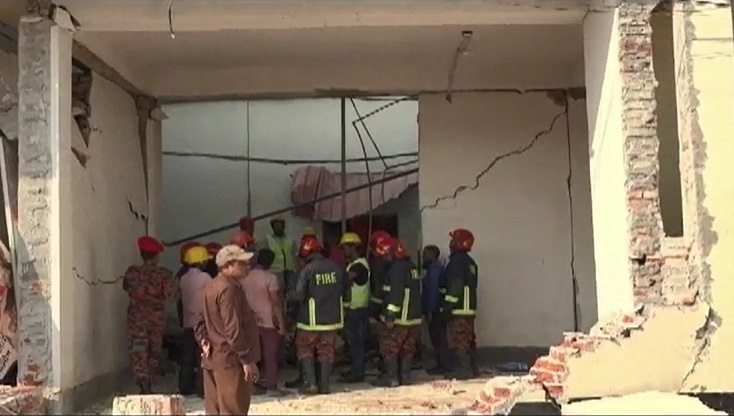 A garment worker was killed and ten other pedestrians were injured as a wall of a sweater factory collapsed on them following a blast inside it at Gouripur in Ashulia of Savar on Tuesday morning.

The deceased was identified as Rima Khatun, 20.

Quoting Anwarul Haq, Savar fire service zone commander, UNB said when a gas heater machine of Natural Sweater Village Ltd factory exploded in the morning, a wall of the two-storied factory collapsed on Rima and ten others who were passing through the area, leaving Rima dead on the spot.