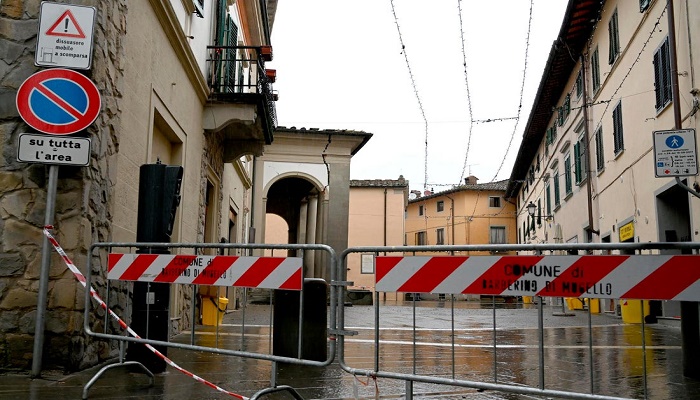 The national geophysics agency said the strongest in a series of temblors was struck at 4:37 am.

The epicenter was placed at 4 kilometers (2.5 miles) north of the town of Scarperia.

Mayors of towns in the area said there were no injuries from the pre-dawn quake.

The Italian news agency ANSA said a church in the town of Barberino suffered some damage, and minor damage was reported to some houses.

State railways said the high speed train line between Florence and Bologna was temporarily closed as a precaution.

Schools in towns near the epicenter were closed as a precaution while experts checked for structural safety.

Geologists noted that, 100 years ago, a quake some 1,000 times more powerful struck the same area, killing some 100 people.