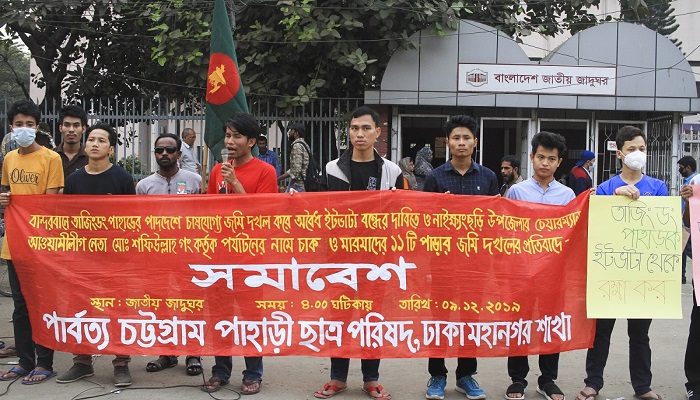 Parbatya Chattagram Pahari Chhatra Parishad (PCP), a student front of Jana Sanghati Samity (PCJSS) , on Monday formed a human chain in the city demanding removal of all brick kilns established on the arable land owned by ethnic communities in Bandarban.

They stood in front of the National Museum at 4 pm with placards.

Illegal brick kilns were established on arable land in Tajingdong area in Bandarban district, they said.

They demanded the arrest of AL leader Shafiullah and his associates to free their land and save Tajingdong area from illegal occupiers.