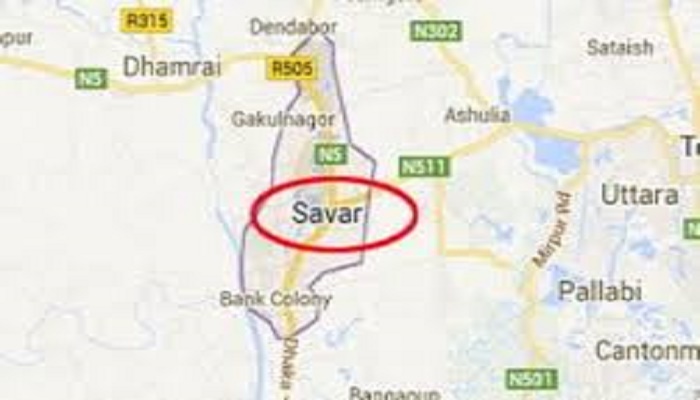 A group of assailants shot a fruit trader and snatched Tk 3 lakh at Bypile area in Ashulia of Savar, on the outskirts of the capital, early Monday, reports UNB.

The injured was identified as Riajul Islam, 35, son of Ayub Ali of Dhamsona area.

Quoting the victim, Sheikh Rezaul Haque Dipu, officer-in-charge of Ashulia Police Station, said a group of muggers waylaid Riajul and opened fire on him while he was returning to his house from his shop at midnight, leaving him injured.

They  snatched Tk 3 lakh and two mobile phone sets from his possession.

A case was filed in this connection with Ashulia Police Station.