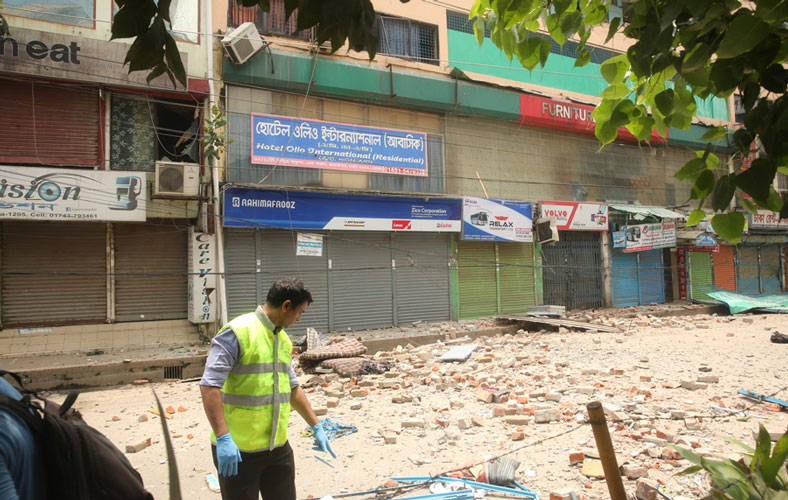 Fourteen activists of the banned militant outfit “Neo JMB” have been charge-sheeted in a case filed in connection with the suicide blast that took place at Hotel Olio International at Panthapath in Dhaka on August 15, 2017.

Saiful, 21, a member of New JMB blew himself up on August 15 at Hotel Olio International, on Panthapath, situated only about 300m away from the Bangabandhu Memorial Museum.

The incident took place just three hours after President Md Abdul Hamid, Prime Minister Sheikh Hasina, and other high-ups of the government had paid their respects to Father of the Nation Bangabandhu Sheikh Mujibur Rahman at the museum, in Dhanmondi, on National Mourning Day.