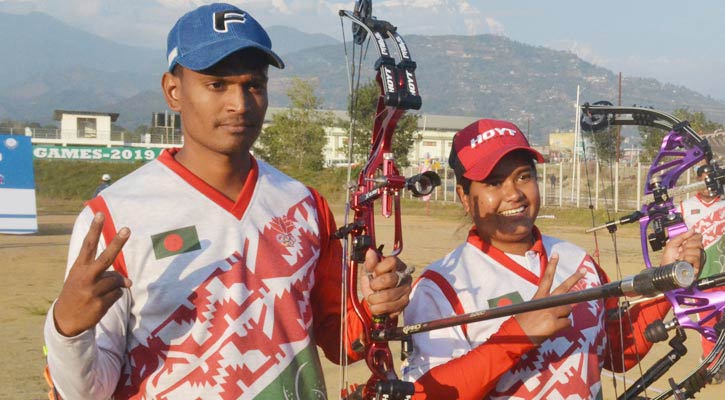 Suma Biswas and Md Sohel have won gold medals in compound singles event of women and men in archery in South Asian Games in Nepal.

Suma beat her Sri Lankan competitor by 142-134 at Pokhara on Monday morning.

Bangladesh’s haul was buoyed by the country’s archers, who bagged all eight gold medals up for grabs in the discipline at Pokhara Stadium, Nepal, pushing the country’s total up to 16 in the current edition.

Previously, the most gold medals Bangladesh won in an edition of the SAG held outside Bangladesh was 7, in the Madras Games in 1995.

Overall, Bangladesh’s best performance at the SAG remains the 18 gold medals in 2010, when it was held in Dhaka.