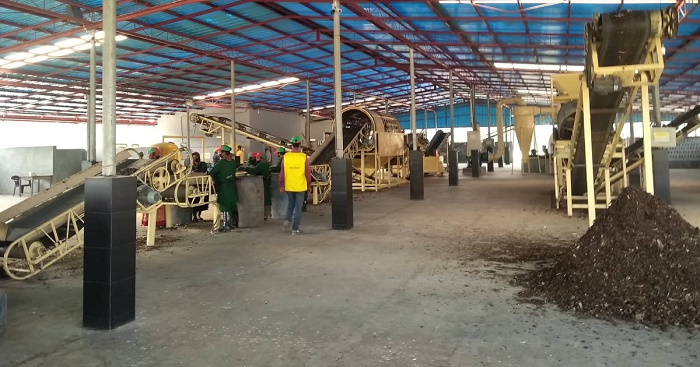 Jashore town in the country’s southwestern region is wearing a smarter look these days with a modern, state-of-the-art waste management system to go with other facilities  making it a cleaner one for its dwellers.

A recent visit to the town revealed a biogas unit, compost plant, a fecal sludge treatment plant, and its very own waste-water treatment facility are all part of the integrated landfill project.

The main project site is at Munshi Meherullah road under Hamidpur of the municipality spread over an area of nearly 14 acres. The facility was constructed at a cost of Tk 23 crore.

The work under the CRDP’s main scheme at the municipality done with support from the ADB, German development agency Kreditanstalt für Wiederaufbau (KfW) and Swedish International Development Agency, alongside the government of Bangladesh.

Ahsan Habib added that the project has the potential to save spending on electricity by Tk 15.5 lakh per year by generating 432kwh electricity from the waste.

“Around Tk 79 lakh will be spent to run the plant’s activities every year but we can earn Tk 1.35 crore by selling organic fertiliser, biogas and electricity,” he said.

Speaking to the municipality’s officials at a meeting on November 30, ADB Country Director Manmohan Parkash said he expects Jashore to be a smart city in a short time.

“Make a good plan and give us a modern design to build further cleaner and a liveable city. There’s no problem for financing. You need more campaigns for waste management so that people are much more conscious,” he added.

Manmohan Parkash said there is now very necessary integrated urbanisation in Bangladesh as its economy growth is increasing with population. Like many Asian cities, Bangladesh has got urbanised very rapidly but its infrastructures have failed to keep pace with the growing needs.

“Private sector of the country must contribute to waste management. Otherwise, Bangladesh won’t be able to control waste because people are consuming huge products due to their increased income. Besides, population is increasing too but it has no land. So, take immediate initiatives for waste management,” he added.

Replying to a question, Manmohan Parkash told UNB that the landfill project of Jashore is successful and he is also happy to see it.

“Such projects can be profitable. So, private sector and other financing institutions should come forward to support waste management. Best technology and good plan are needed to solve the problems. ADB is a project developer and financier, too. Money is not a problem. After completing such works in several districts, gradually we’ll go to other districts of the country,” he added.

By 2035, Bangladesh’s urban population is expected to double to 74 million. The capital, Dhaka, at present has a population of around 18.90 million - more than the four biggest German cities of Berlin, Bonn, Frankfurt and Munich put together.

Jashore municipality has an area of 14.72 sq km and a population of 201,796. Major industries include jute goods, bricks, cement and tobacco.

Rantu said their employees go to houses after receiving information and collect waste, including sludge, from septic tanks.

“At the first time, a customer has to pay Tk 2,300 to clean a septic tank but later Tk 1,300. Afterwards, the waste and sludge are dumped into the landfill. Later, these are turned into biogas, electricity and water through a process,” he added.