It was day of archery in South Asian Games 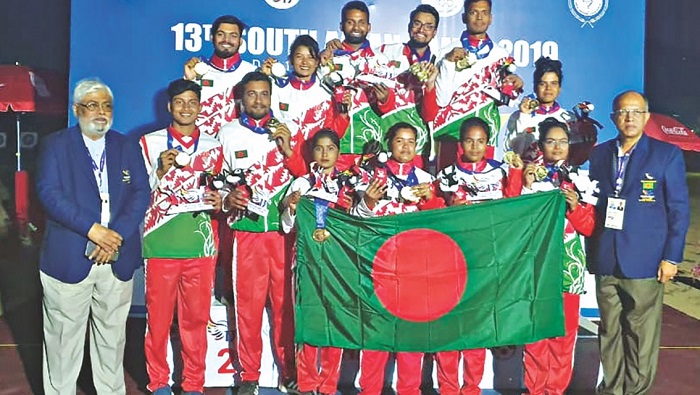 In the final team event of the day, Bangladesh archery team comprising Sushmita Banik and Sohel Rana secured gold in the compound mixed event beating Nepal by 149-140 points to make it six out of six gold for Bangladesh in archery team events. Sri Lanka won the bronze medal in this event.

A total of six gold medals came on Sunday from archery team events and medal count is expected to rise as the four individual events will take place tomorrow (Monday) at the same venue.

Bangladesh has so far won a total of fourteen gold medals in the ongoing SA games with six in archery, three in karate, two in weightlifting, one in taekwondo one in fencing and one in women’s cricket event.