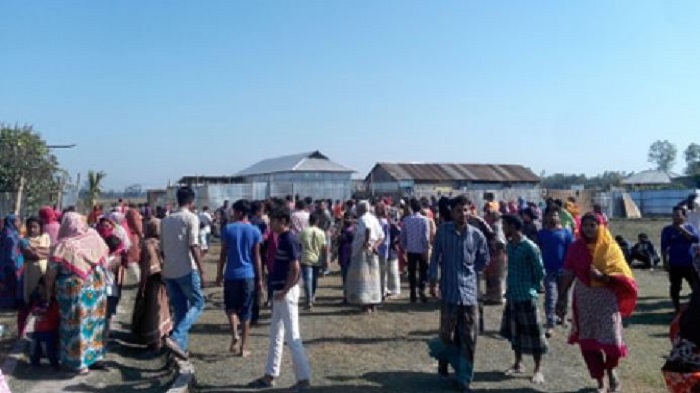 The bodies of a pregnant wife and two children were recovered from a house at Kamalkasna Birbhadra in Rangpur on Sunday.

The deceased were identified as Asfia Akhter Ratna, 32, wife of Abdur Razzak and their children Neha, 3, and Nishad, 1.

Abdur Rashid said, “After being informed by locals, police recovered the lifeless bodies of the trio from a house at Kamalkasna Birbhadra in the city at 12:00 pm and sent those to a local hospital’s morgue.”

On information, neighbours rushed to Razzak’s house and found the three bodies. They also saw blood stains on the neck and hands of Razzak.

Police also arrested Razzak, 38, over the incident for interrogation, the OC said.

Police primarily suspected that Razzak, said to be a drug addict, tried to ‘commit suicide’ after reportedly strangulating his pregnant wife and two children to death over a family feud.

Rashid, brother of victim Asfia Akhter Ratna alleged that “Razzak is basically a drug addict and he was given Tk 70,000 for purchasing auto-rickshaw six-months ago. He also used to beat his wife for money.”