Secretariat area to become ‘No Horn Zone’ from Dec 17 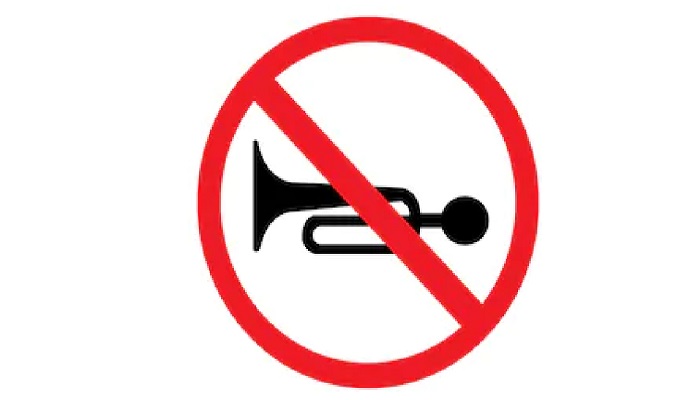 The surrounding areas of the Secretariat  have been declared  ‘No Horn Zone’ and the decision will become effective from December 17 aiming to prevent sound pollution.

No vehicle will be allowed to play horn at Zero Point, Paltan intersection and secretariat link road areas.

The decision was taken at an inter-ministerial meeting of Ministry of Environment, Forest and Climate Change at the secretariat on Sunday.

The meeting stressed the need for creating public awareness to stop honking of horns in the surrounding areas of the secretariat and sought cooperation of all including media workers in the regard.

According to Bangladesh Environment Conservation Act 1995, if anyone violates this ban, the offender will be sentenced to maximum one month imprisonment or fined maximum of Tk 5,000 or awarded both fine and jail term.

Earlier, on November 25, Environment, Forest and Climate Change Minister Md Shahab Uddin said the surrounding areas of the secretariat will be declared as ‘No Horn Zone’ from December 17.