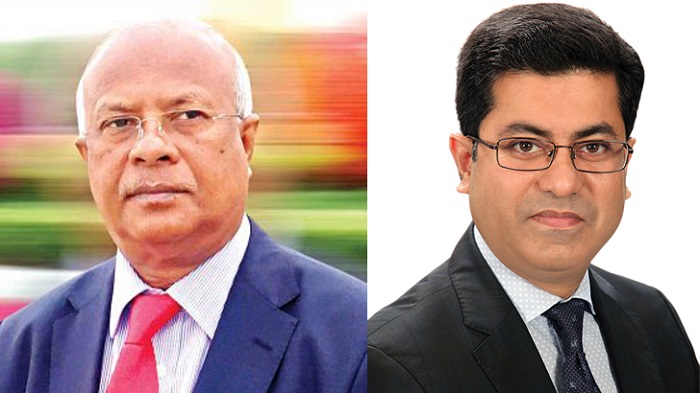 ACC Chairman Iqbal Mahmud on Sunday raised question about the authority of MP Barrister Sheikh Fazle Noor Tapash to ask the anti-graft body to include former BASIC Bank chairman Sheikh Abdul Hye Bacchu in the charge sheet in a case filed over the loan scam of the bank.

“The loan scam of Basic Bank Limited is being investigated. None should make any comment over the issue as the commission is looking into the case,” he said.

In response to a query from reporters, the chief of Anti-Corruption Commission (ACC) came up with the statement at a press conference at the commission’s headquarters in the capital’s Segunbagicha.

Iqbal Mahmud said, “The ACC is an independent and autonomous body. The anti-graft body runs at its own pace. There is no scope for anyone to create pressure on the commission.”

“Everyone has to visit the commission’s corridor if he/she commits any corruption. None will be spared,” he added.

“Despite, the Appellate Davison of the SC made directives for the ACC to submit a charge sheet accusing Sheikh Abdul Hye Bacchu in the BASIC Bank scam. But, the ACC has violated the directives,” Fazle Noor Tapash claimed.

The ACC interrogated Sheikh Abdul Hye Bacchu several times in connection with swindling around Tk 2,200 crore from state-run Basic Bank, but didn’t file any case against him.

Meanwhile, in September 2015, the ACC filed 54 cases against 56 people, including officials of the BASIC Bank Limited. But it did not include, in many people's eyes, the key graft suspect --former chairman Sheikh Abdul Hye Bacchu.

According to an inquiry of Bangladesh Bank, about Tk 4,500 crore was swindled out from BASIC Bank during six years while Sheikh Abdul Hye Bachhu served as its chairman.