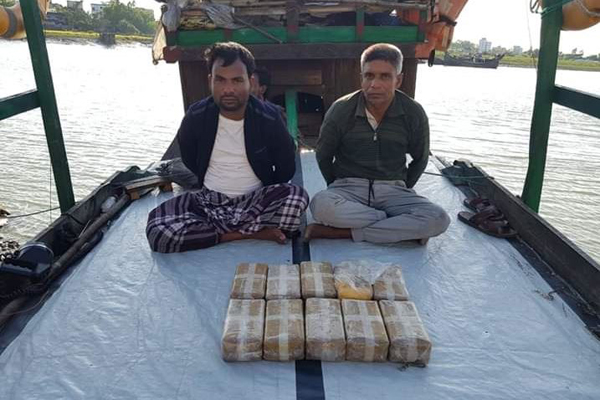 The arrestees are identified as Syed Amin, 32, son of late Ali Hossen, hailing from Saradapara Masupbazar area of Patia upazila in Chattogram and Khayrul Amin, 50, son of late Yunus, from Fisherighat area in Cox’s Bazar.

Abdullah Mohammad Sheikh Sadi, assistant director (media) of RAB-15, said acting on a tip-off, a team of elite force conducted the special drive and arrested them along with Yaba pills.

The recovered Yaba tablets estimated value is TK 1 crore and two smugglers have been handed over to the police station for legal action in this connection.