Man decapitated woman and ate her brain with rice 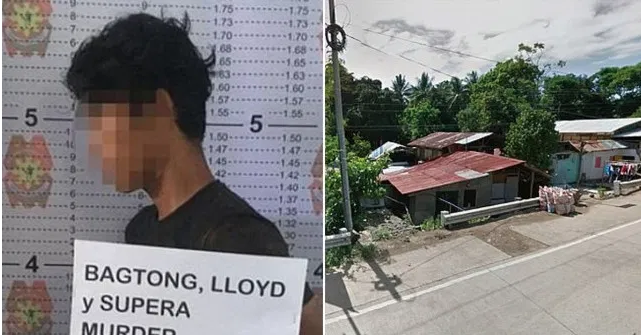 A man has been arrested on suspicion of murder after allegedly killing a woman with a scythe then eating her brain in Phillipines. Lloyd Bagtong, 21, is said to have become ‘irritated’ with his victim because she spoke to him in English, which he did not understand.

He allegedly told police that he killed her before cooking rice then putting her brains on top, eating it, and throwing her skull in a hole close to his home. Police chief Maribeth Ramoga told the Straits Times the woman’s body was found topless and with both hands tied. She said the victim probably died at dawn on Thursday because traces of blood looked ‘fresh’. ‘The suspect said he killed the victim because she was speaking in English. This probably irritated him,’ Capt Ramoga said.

Bagtong, who is unemployed, allegedly told police he was drunk and hungry when the victim approached him in Mindanao, an island in the southern Philippines. Ms Ramoga said witnesses saw the two walking together before the death was reported. She added police are investigating the possibility Bagtong was suffering from mental health problems at the time. He has been detained in police custody until detectives can file a murder charge. The woman has not yet been identified.