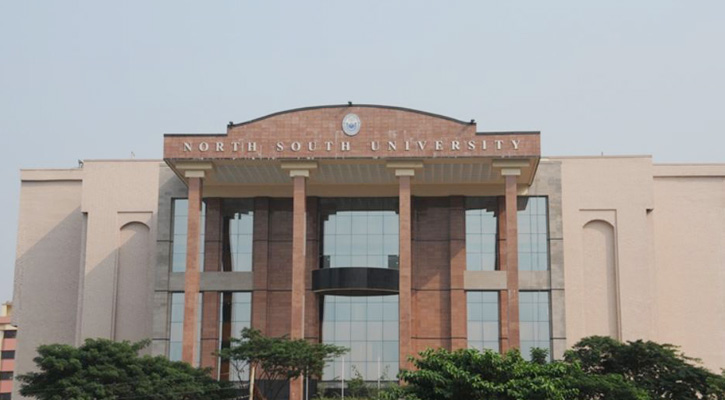 NSU members of the trustee board as well as the administration exercise power to get benefits by resorting to illegal means.

Against a series of allegations, the University Grants Commission (UGC) ran investigation to look into the financial irregularities and other misdeeds of the Board of Trustee (BoT) members and the administration.

Prof Atique Islam, the university’s vice-chancellor refused to comment when contacted by the daily sun.

The famed university was recently named as the top private university in Bangladesh by QS Asia University rankings in Fukuoka, Japan and due to its high standards of education, the employment market was very good for its students.

The UGC probe report recently placed before the Education Ministry found the proof of financial and administrative irregularities at the country’s first private university established in 1992.

Two more investigations were also conducted in 2012 and 2016 and both reports found the same anomalies involving the BoT and administration.

The probe body in its report mentioned that like the previous years rampant corruption and other irregularities still continue at NSU.

“Maintaining quality education at the private universities will be tough in future if the task of ensuring standard education is devolved to the board of trustee,” said the investigation report led by UGC member Prof Dil Afroza Begum.

The report also found lax sincerity among the entrepreneurs of NSU as the plenipotentiary of BoT members is a hindrance to the development of a university.

The report also made eight recommendations to address the irregularities at NSU.

One of the recommendations is that measures should be taken to address the result sheet tempering and promoting students who have not actually succeeded in their semester exams.

It also recommended taking necessary measures to remove the administrative and financial irregularities at the university.

According to the UGC officials, the members of the Board of Trustee (BoT) of NSU are receiving Tk1 lakh for sitting allowance for every meeting.

UGC in a report mentioned that the BoT members are visiting different countries including America, Australia, etc, in the name of signing education Memorandum of Understanding (MoU) with international universities.

The private university act gives supreme power to its BoT as the teachers and employees are always in panic to lose their jobs.

Due to this, free thinking is a far cry while ensuring quality education will be distant dream in future.

The committee thinks that an emergency initiative should be taken in this regard.

Teachers and students alleged that they are only busy amassing wealth while they are running the university as per their wish.

The image of NSU as well as the private universities is being tarnished due to the domination of BoT members, the report said.

UGC recommends that the Education Ministry curb the sovereign power of BoT as per the section of the private university act 2010.

It also suggested that the BoT members should be kept out of all types of financial benefits from the university and their dominion be reduced as they do by signing the education MoU with national and international universities.

The probe body found that the university is spending a huge amount of money on non-academic sector but there is a very poor allocation for research activities at the university.

The NSU VC told the committee that they do not find appropriate faculty able to carry out any innovative research. The committee thinks that there may be an underlying administrative cause behind the VC’s lame excuse and further investigation is required to find out the actual reason.

The UGC probe body found that the NSU authority enrolled 50-60 unsuccessful students every semester. There is an allegation of admission business and many said this to the members of the probe committee.

A handful of unsuccessful students at ECE Department got promotion because of the blessings of NSU syndicate, a syndicate member told the probe committee, asking not to be named.

Besides, NSU does not follow the UGC grading system. It does the grading at its own sweet will.

The probe body said giving opportunity to the unsuccessful students of the university to take part in convocation is unacceptable.

There is no balance of power at the varsity and if anyone protests here he or she will be under panic of losing job. The practice of free thinking in such circumstances is very poor.

The report said the university should be a place where freedom of expression has to exist. The NSU will fail to move forward if the existing situation does not change for the better.

The probe body found that some female teachers being in good book of BoT enjoy more benefits though they have no qualifications.

It was proved through the statements of VC and BoT members that some female teachers and female staff members were assaulted by the earlier BoT chairman Md Shajahan and some teachers and employees were compelled to resign their jobs.

The UGC proof found that admission business, assault of female teachers and officers, conflict among the BoT members and corruption increased massively while Md Shajahan was the chairman of BoT.

It also said the financial and administrative irregularities are taking place for a long time at NSU and there is the need for special attention.

Mentioning that there is no congenial academic environment at the university, the probe body suggested taking necessary measures to bring back reputation of the university.

Asked about the findings of UGC probe body, NSU Vice-chancellor Prof Atique Islam denied making any comment over the matter. He said he is yet to see the UGC report.