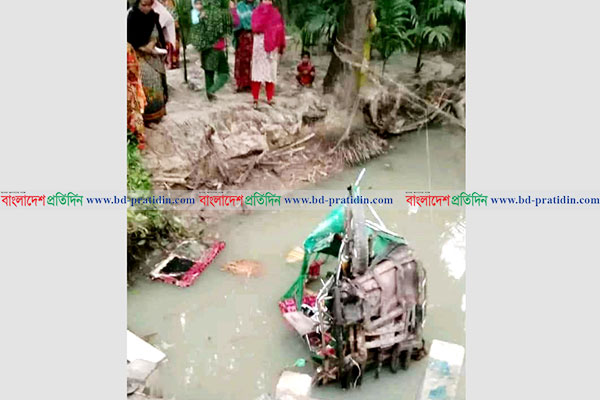 Three people, including a freedom fighter, were killed and two others injured as a bus crashed into an auto-rickshaw at Jhawtala in Mathbaria upazila of Pirojpur on Sunday morning.

Two of the deceased were identified as freedom fighter Abu Jafar Ahmed, 65, and Belal Hossain, 35, residents of Devipur in the upazila.

The Pathargaht-bound bus hit the auto-rickshaw around 5:30am, killing a passenger on the spot and injuring four others, said Maksudur Rahman, officer-in-charge of Mathbaria Police Station.

The injured were sent to Sher-e-Bangla Medical College Hospital in Barishal where doctors declared two of them dead.

On information, police recovered the bodies and sent those to hospital for autopsy.

They also seized the bus but its deriver and helper managed to flee the scene, the OC added.