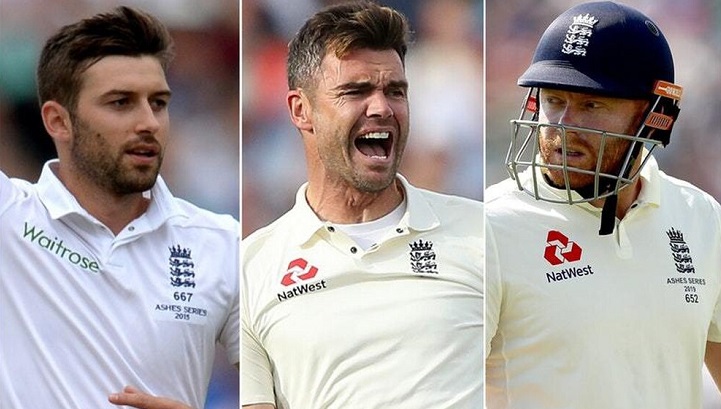 James Anderson was recalled by England on Saturday for their upcoming tour of South Africa after recovering from a calf injury, while his fellow bowler Mark Wood and wicketkeeper Jonny Bairstow also returned to the squad.

The 37-year-old Anderson, England's all-time leading wicket-taker, last played internationally in the first Ashes Test against Australia at Edgbaston in August before pulling up after bowling only four overs.

Bairstow, who has played 69 Tests, was left out of the recent Test tour of New Zealand but was named in the 17-man squad.

Fast bowler Wood is also back in the fold after sitting out of the 2-2 Ashes draw with a knee injury and side strain suffered during England's victorious World Cup campaign.

"It is not predicted that Mark (Wood) will be available for selection for the earliest matches," said England national selector Ed Smith.

"However, he will travel with the team and continue his rehab work with the medical staff on tour.

"There is no exact date given for his return, but the medical team is working towards him becoming fully available for selection during the tour."

The opening match of the four-Test series starts on December 26 at Centurion.

Uncapped seamer Saqib Mahmood missed out after being part of the squad in New Zealand.