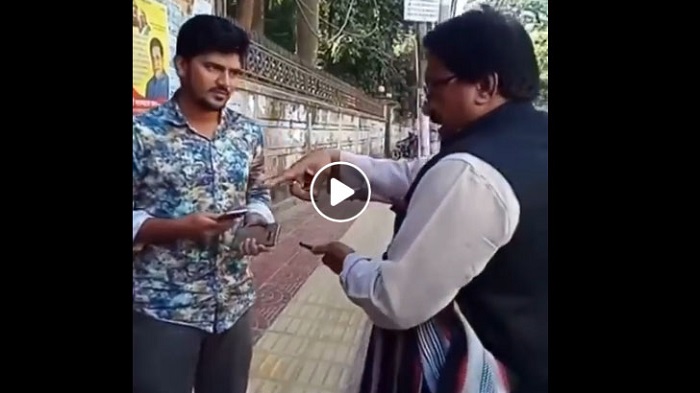 A video clip of a leader of Cumilla district (North) unit of Awami League (AL) has gone viral on social media platform Facebook, where he is seen threatening a grocer with dire consequence.

In the video, Humayun was spotted having an altercation with the grocer and using abusive language towards him.

Humayun, an aspirant candidate for the post of general secretary in the upcoming council of AL Cumilla district (north) unit, got more furious when the grocer identified himself as the president of AL Naria ward unit.

“I scrap your leadership at Naria. I am the general secretary of Awami League. I will finish you and teach you a good lesson,” Humayun threatened the grocer.

On information, the incident took place in M/S Babul Store at Eskaton Road in the capital’s Banglamotor area.

The altercation happened over parking private car of Humayun.