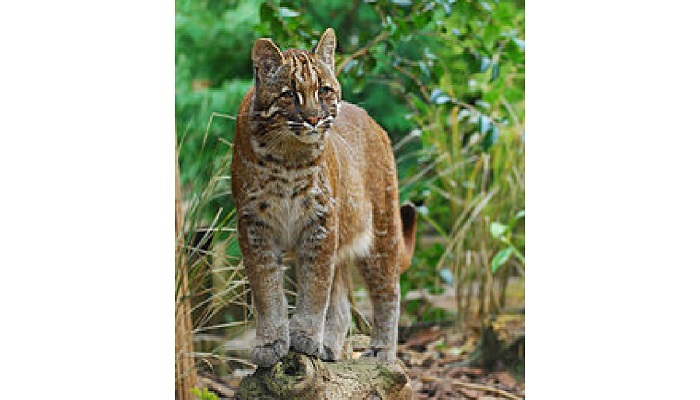 An Asian golden cat was captured by infrared cameras, according to the the forestry bureau in Taibai County, the city of Baoji.

This was the first time that a video of the animal was taken in the area.

The Asian golden cat is a national second-class protected animal and classified as "near threatened" by the International Union for Conservation of Nature (IUCN) Red List of Threatened Species.

According to the China red data book of endangered animals issued in 1998, there were around 3,000 to 5,000 golden cats in China, mainly distributed on the southern slope of the Qinling Mountains and in Anhui, Sichuan, Yunnan, Guangdong, Fujian, Jiangxi provinces and Tibet Autonomous Region.

The Taibai county forestry bureau set up 67 infrared cameras and obtained 7,086 photos and 2,706 videos this year. Besides the golden cat, a giant panda was also captured doing a handstand to mark its territory and snub-nosed monkeys were captured mating.