UK election rivals face off for final time ahead of poll 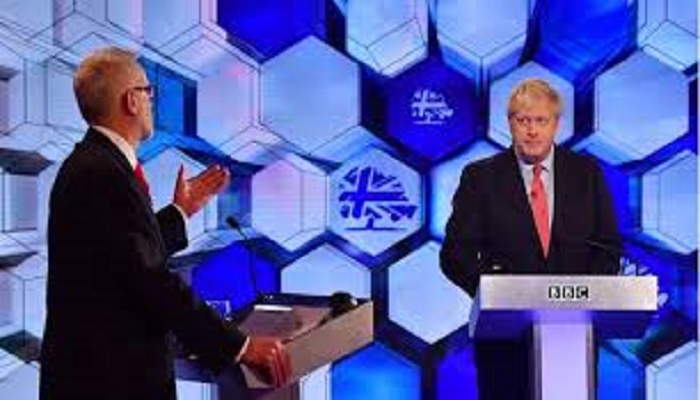 The two men vying to be British prime minister in next week’s election exchanged trademark blows Friday over the familiar faultlines of Brexit and healthcare in the final head-to-head TV debate of the month-old campaign, reports AFP.

The Labour leader is proposing to negotiate a softer form of Brexit to put up against remaining in the bloc in the vote.

Johnson called the snap election — the third in Britain in nearly five years — last month to try to get a parliamentary majority which would enable him to secure backing for his divorce deal.

Voting takes place next Thursday. The Britain Elects poll aggregator puts the Conservatives on 42 percent, Labour on 33 percent and the Liberal Democrats on 13 percent.

The Greens and the arch-eurosceptic Brexit Party were both on three percent.