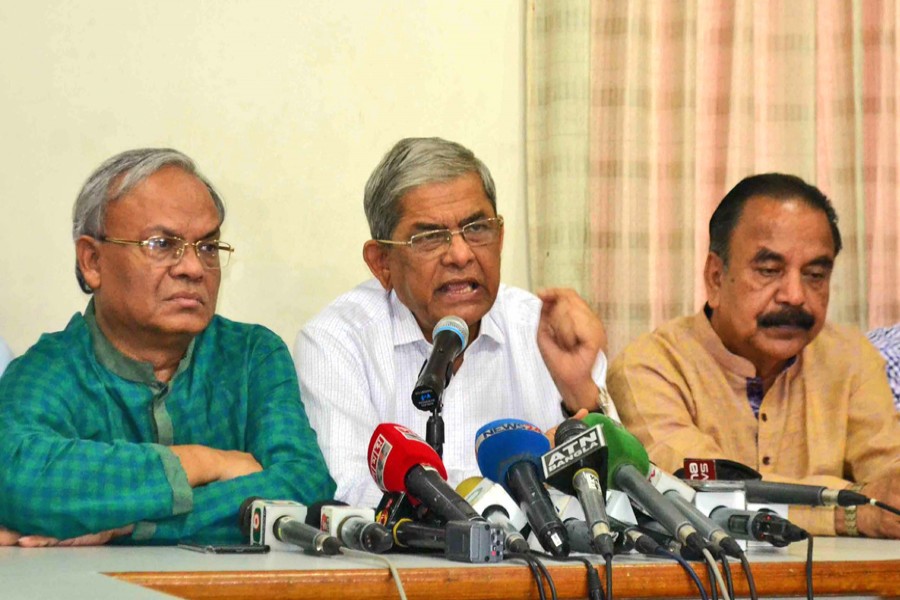 BNP will stage a countrywide demonstration on Sunday demanding the release of their Chairperson Khaleda Zia from jail.

Party Secretary General Mirza Fakhrul Islam Alamgir announced the programme at a press conference after a joint meeting of BNP and its associate bodies at party's Naya Paltan central office.

He said all thana units of BNP’s Dhaka north and south units will stage demonstration and bring out processions on Sunday to press for Khaleda’s release.

Besides, Fakhrul said all divisional city and district units of the party will observe the same programme the same day.

He asked the government to take steps for the release of their party’s ailing chairperson on humanitarian ground instead of staging drama over the matter.

On Thursday, the Appellate Division deferred until December 12 the hearing on Khaleda’s bail petition in Zia Charitable Trust graft case.

The court also asked the medical board, formed by the Bangabandhu Sheikh Mujib Medical University (BSMMU) to treat Khaleda Zia, to submit a report on her health condition within December 12. The board failed to present the report on Thursday as per the directive given on November 28.

Khaleda has been in jail after being convicted in the Zia Orphanage Trust corruption case on February 8, 2018. She was found guilty in another corruption case later the same year, though her party claims both cases are politically motivated.

The BNP chief has been receiving treatment at the BSMMU since April 1 this year.